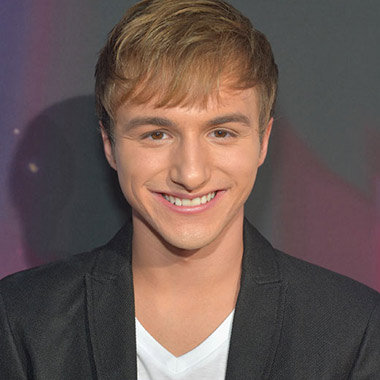 Lucas Cruikshank, a very talented and phenomenal American actor was born on August 29, 1993. He is well known for his acting and for his videos in YouTube. Despite being an actor, he is also a YouTube personality. He is the creator of the character Fred Figglehorn and the series Fred for his channel on the YouTube. He was born in Columbus, Nebraska, United States of America. His father’s name is Dave Alan Cruikshank and mother’s name is Molly Jeanne. Lucas has two brothers and five sisters. His ethnicity is white and has an American nationality.

Talking about his career, Lucas Cruikshank created the character Fred in a Halloween video while he was testing character ideas. Later he uploaded the video to his YouTube channel. His first attempt was quite successful and after that, he continued to make video series. In April 2008, he made Fred channel in YouTube. Within a year, the channel had more than 1 million subscribers and became the first YouTube channel to be most subscribed at that time. Later in September 2010, he filmed the Fred: The Movie which was later broadcasted in September 2010 on Nickelodeon. After achieving positive responses from the audiences and producers, he produced the sequel in March 2011. The sequel was titled “Fred 2: Night of the Living Fred” and was broadcasted on 22nd October 2011 on Nickelodeon. In the year 2012, Fred: The Show was aired which consisted 20 episodes which were only 11 minutes long. He acted in all 3 seasons of the series in the role of Fred FIgglehorn.

Lucas Cruikshank has been very successful in his work at a an early age. His hard work and his dedication to work have given him all the success that he has earned today. He has a very supporting and motivating family who are always with him to his every up and down.  He has revealed that he is openly gay. He revealed the news in the video that he had uploaded in his YouTube channel. His family and all his friends have known about him being a gay for like three years. All of them have been quite supportive of him being a gay. He even has a boyfriend whose name is Matthew Fawcus. Both of them have been in a relationship from few months.

Lucas Cruikshank also has another YouTube channel which is named under his own name “Lucas”. He created the channel after separating from JKL Productions which was a group channel created by twins Jon and Katie Smith and Lucas himself. Lucas has been regularly posting videos on his channel and has more than 1.7 million subscribers till date.

Being one of the popular and successful YouTube personality and actors, Lucas Cruikshank has millions of fans and followers in social networking sites like facebook, Instagram, and twitter. He is very active in his social accounts as he frequently keeps on posting his recent activities and uploads new pictures. Having a successful career, he has an estimated net worth of $5 million (2016).