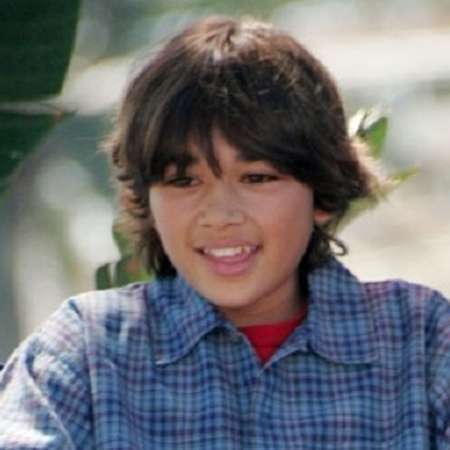 A Young Artist Award nominee actor, Luis Armand Garcia is best known for his role as Max Lopez on the sitcom George Lopez.

Armand Garcia, a native of Palos Park, Illinois, was in a relationship with Tyra Simmons in 2006. His ex-girlfriend Tyra is a fashion designer. But after a few months later they ended their relationship.

Garcia was born on 9th March 1992, in LaGrange, Illinois, U.S. His mother’s name is Brenda, a BBCHS graduate. Garcia is the grandson of Andy and Edna Hauptman. Andy is the former Bradley-Bourbonnais Community High School football coach.

Garcia grew up along with his five siblings. When he was attending the school he holds an A average scholastically. He loves sports and has played on his school football team. He is likewise an avid skateboarder and golfer. Garcia was invited to play in the celebrity golf tournament. He graduated his high school in 2010.

At the age of thirteen, Luis Armand Garcia made his debut, appearing in episodes of ER and Any Day Now in 2000. He has also starred in numerous national commercials, such as for Chevrolet, as well as Public Service Announcements which support issues he believes in.

By 2002, he has become a familiar face on Prime Time television as Max on ABC’s the “George Lopez Show” alongside co-stars George Lopez and Constance Marie. The show ran from 2002 through 2007.

In his fifth season, Garcia was delighted to be a member of the first successful Hispanic family situation comedy on network television and the longest-running series of its kind. He was nominated for a Young Artist Award in 2003 for his performance in George Lopez.

Besides, Garcia appears at charity events for the Make-A-Wish Foundation and the American Heart Association. However, he dedicates most of his time to his own foundation Hands on Horses which benefits American Foster Children.

Garcia was honored by the Walt Disney Company when they selected his design of the G-Lo Mickey Mouse that toured across the country with a collection of other celebrity designed Mickey Mouses’ such as Ellen DeGeneres, John Travolta, and Raven. After the national tour, the collection was auctioned off for charity.

Armand Garcia, a native of Palos Park, Illinois, was in a relationship with Tyra Simmons in 2006. His ex-girlfriend Tyra is a fashion designer. But after a few months later they ended their relationship.

He has a son named, Max with his ex-girlfriend Tyra. Garcia resides with his family in Los Angeles. This 5’6″ actor is also active on social networking sites like Facebook, Instagram. Additionally, He has also dated a girl named Halley.

Allocating information from several sources as of 2018 it is found out that his current estimated net worth is around $1 million.