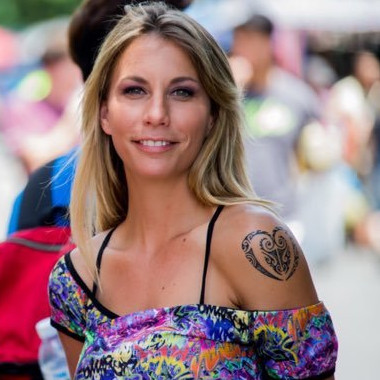 Lyssa Rae Chapman is an American businesswoman, former bail bondswoman, and bounty hunter. She is best known for her role on A&E TV’s “Dog the Bounty Hunter”.

Lyssa Rae Chapman was born on June 10, 1987, in Denver, Colorado, U.S. She is the ninth of twelve children of Duane “Dog” Chapman. Her mother,  Lyssa Rae Brittain is the third wife of her father, Duane Chapman. She is better known as “Baby Lyssa”. Her father was a crack addict whereas her mother was an alcoholic. 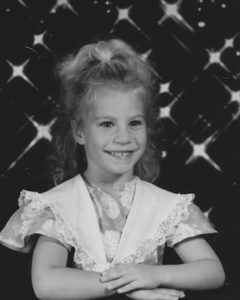 As a child, Chapman’s  parents divorced and let her neglected. She was raised by her father until she was ten. After which Chapman went to live with her mother in Alaskan town. Chapman had no contact with her father for six years.

At the age of 14, Chapman gave birth to a baby daughter, Abbie Mae Chapman; the day before her 15th birthday. She became a teen mother, then her mother moved with her boyfriend. At one point it was just, she and her daughter were coming up with $500 rent every month by babysitting.

Chapman was too young for welfare or a homeless shelter. She really did not have many options. Chapman was also getting with the guys who she knew had the most drugs. Despite it all and against incredible odds, she found her faith. She also found her way out of the spiral a bad decision and even worse luck to build a healthy relationship with her parents and forge a rewarding, positive life with God.

Chapman became a bounty hunter when she was 18. She became one of the youngest bonds persons in Hawaii. Chapman is also a licensed bounty hunter in the state of Colorado.

Chapman worked with her father at the family bail bonds company ” Da Kine Bail Bonds”. As of now, she no longer works with her family and will not be on their new show. Chapman rose to fame after role for eight seasons on A&E TV’s “Dog the Bounty Hunter”, in which she and her father Duane “Dog” Chapman and various friends and family, track down and capture wanted fugitives. 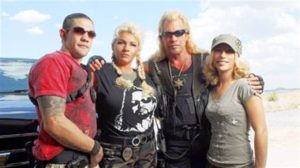 “Walking on Eggshells: Discovering Strength and Courage Amid Chaos”

Lyssa wrote her own autobiography, “Walking on Eggshells: Discovering Strength and Courage Amid Chaos”. The book was released on May 7, 2013, by Howard Books. Walking on Eggshells reveals Lyssa’s nightmare journey from mental and physical abuse to removal from school and confinement at home, flight from protective services, and teen pregnancy.

Lyssa married got married to Brahman “Bo” Galanti on February 20, 2009, in Oahu, Hawaii. The couple has a daughter named Madalynn Grace, born- August 2009. Both Lyssa and Bo had one daughter from their previous marriages.

In February 2011, Lyssa filed for divorce from her husband, Galanti. In the divorce papers, Chapman cited four alleged attacks of domestic violence. According to her mother, the reason behind their divorce was that Bo had been abusing Lyssa. Chapman’s relationship with Galanti became violently abusive during her pregnancy. Radar Online also reports violent physical abuse as the reason for the divorce.

One reported an instance of abuse occurred on New Year’s Eve 2010, which was followed by another incident a couple of months later after the couple went to a concert. Injuries sustained by Lyssa include bruises, contusions, a black eye and an injured back.

However, press charges against Bo Galanti for his abuse, saying she did want the story in the press. She also believed he might change his ways and stop abusing her. During this period, Bo was kicked out of Lyssa’s home on several occasions. Lyssa’s father Duane threatened violence against Bo if the abuse continued.

Lyssa went through marriage counseling in 2011, which helped her to decide to file for divorce. After the divorce, Galanti underwent intensive therapy and anger management training to try and correct his violent behavior. 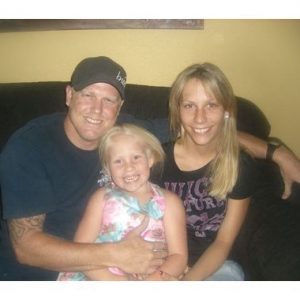 Lyssa with her her ex-husband and daughter
Source: Divorce Debbie

During her second pregnancy,  it was revealed in an interview that Abbie’s father was 24 years old at the time of conception.  Chapman: “Because of my accusations against him, I really felt he thought I was a threat. Everything he had built he didn’t want me to hurt. I had pretty much broken the cardinal rule as far as the Chapman family went and I was written off.”

She added, “I [falsely] accused my father of raping me when I was 11. I had been molested by a friend of his. It was a horrible life that I never wanted to go back to, living with him and Beth and the fighting and the drugs”. Later her father was subsequently arrested and went to jail for sexually abusing a minor.

Lyssa was arrested on March 15, 2011, for criminal property damage and assaulting a police officer. She was out drinking with her friends and Somebody put something in her drink and she was out walking the streets at three in the morning. The cops arrested her for disturbing the peace. She had been off drugs for about a year but after that, she took anything that was mind altering and just put it to the side and really changed my life.

Lyssa Rae Chapman Involved in a serious car accident in 2014

In 2014, Lyssa and her two daughters Abbie and Madalynn had a serious car accident in Hawaii where she lives.  Lyssa’s black 4-door vehicle was involved in a collision in her hometown of Honolulu, Hawaii, according to TMZ. Emergency crews were called to the scene. It’s unclear if there were any injuries or what caused the crash. But pieces of the car were strewn all over the road and the vehicle’s airbags were deployed. 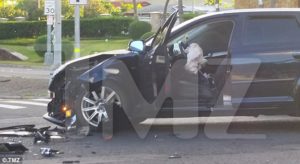 Lyssa Chapman involved in car accident along with her two daughters (Source: TMZ)

Lyssa, 5’1″, is active on social networking sites like Facebook and  Twitter.  Regarding her nationality and ethnicity, she is a white American. Lyssa has gained mounting fame and fortune in life and her net worth in around $ 500 thousand.

On September 15, 2017, Us Weekly confirmed that her step mother, Beth Chapman has been diagnosed with Stage 2 throat cancer. She has a T2 tumor in her throat which is blocking her breathing. Doctors have prescribed immediate treatment and surgery before the disease progresses.

According to Mona Wood-Sword, the family’s spokesperson in Hawaii reported that Chapman is planning to undergo emergency surgery this weekend.