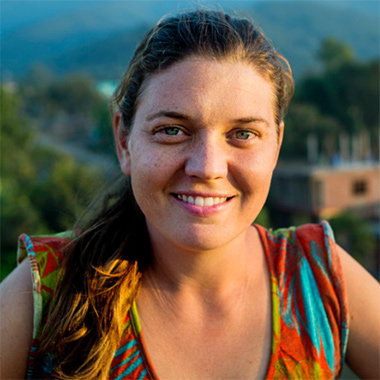 Born in the year 1987, beautiful and talented Maggie Doyne is a philanthropist of American nationality. She has built an orphanage, school and women’s center in Kopila Valley of Nepal. She is mainly known as the CNN Hero of Year Award winner.

Future philanthropist was raised in Mendham Borough, New Jersey by her parents Steve and Nancy Doyne. She has two sisters named Kate and Libby. Her father used to work as the manager of a natural food store but he quitted the job after Doyne was born. He currently stays at home. Her mother works in real estate. As a child, she studied at the West Morris Mendham High School.

After her graduation from high school in 2005, she traveled with the organization LeapNow a year before going to college. During her trip with the organization, she spent time volunteering at a children’s home in India. The manager of the home made Doyne in charge as he was often away. Doyne took the responsibility of 160 children who attended the school and also 50 children who lived there. While she was volunteering, she became friends with a refugee from Nepal. Doyne visited her friend home village during a ceasefire in the Nepalese Civil War. While she was in Nepal she met six-year-old Hema. Hema was an orphan who use to survive on the few rupees which she earned by breaking stones in a dry riverbed and selling them. Doyne helped Hema by paying her school fee, tuition fee, bought her books, uniform, and other stuff. She also expanded her efforts to help more children. She spent her $5000 she had saved from babysitting to help more children. She called her parents at home to spend her money. She was also helped by supporters worldwide; Doyne purchased land in the Kopila Valley. A Nepali Doyne, Top Malla joined her as a project partner.

In 2008, Doyne opened the Kopila Valley Children’s Home and became a surrogate mother to 44 children who was alone. As of 2015, there were 51 children living in the Home. As a legal guardian of all the children, she takes care of them. She lives at the home with two local Nepali couples. They together take care of the children.

Doyne was dissatisfied with the education her children were receiving and also wanted to help other needy children in the community. In 2010, she established the Kopila Valley Primary School with 220 students. Her children are the first to attend school. The school provides students with healthy food, neatness, and care. Doyne also gave employment to around 50 Nepali which includes teachers, co-principal, principal and a committee of elders. Classes are taught in both English and Nepali. For the first time, the students of the school took national examination of 8th grade – Nepal’s District Level Examination. The school was ranked first in its region for academic achievement. As of 2015, over 370 children attend the school. She is the CEO of the Blinknow Foundation. The foundation receives support from the Community Foundation of New Jersey and has a US-based Board.