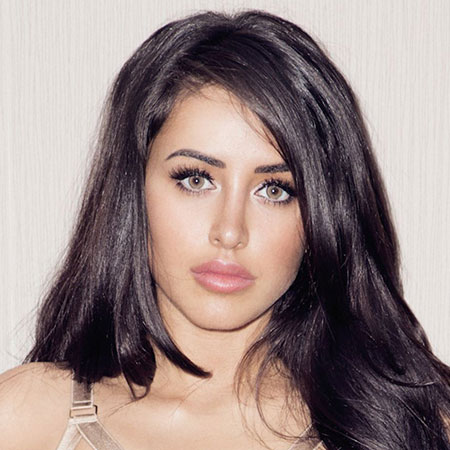 Marnie Simpson was born on January 17, 1992, in South Shields, England, United Kingdom. She grew up in a town near Newcastle and later moved to downtown Newcastle. From the beginning of her childhood, Marnie had a keen interest in acting. She is the daughter of Sharra Kyle and Co-star Sophie Kasaei is her cousin.

Marnie Simpson participated in beauty pageants ‘Miss Newcastle’ in 2012 and won the title. During her struggle days, she used to work as a waitress and was the face of the health supplement brand, Forza. 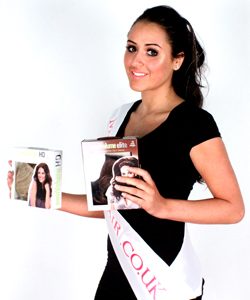 In 2013, she joined the reality show ‘Geordie Shore’ as a cast member in its 7th season. She substituted her cousin, Sophie Kasaei, in the show and came off as this wild yet caring young woman who at times can be quite catty if she is feeling particularly ruthless towards someone. This oddity in her character made her the sweetheart of all Geordie Shore audiences.

In 2016, she made her appearance on the reality show “Celebrity Big Brother” in its 18th series which she finished in the 4th place. She has also been spotted in various television award shows including the National Television Awards or NTAs where she sparked quite the stir by appearing in a sheer black lace dress that left nothing to the imagination.

In addition, Marnie has also starred in the series Loose Women, Up Late with Rylan, and, Backchat. Additionally, the beautiful English actress also appeared in the TV Movie documentary Most Shocking Celebrity Moments 2016. In 2017, she appeared on the reality show “Big Brother 18”, as a special guest for a shopping task.

Similarly, Marnie has also done pretty a bit of product endorsements. In 2015, she took a short time off from Geordie Shore to work and tour as the face of lingerie brand, Love Honey.

She has also signed a stylish clothing line called “Forever Modo” as well as teeth whitening product “Diamond Whites” and was also featured in a premiere magazine, Heat, as the cover story.

Marnie Simpson is currently at the age of 25 and remains unmarried till date. But she is in a relationship with  Casey Johnson. They first met on the set of Single AF in June. After that, the couple was spotted many times together.

Moreover, she also said, “I’m getting older and want marriage and children. I don’t have time to waste on a bloody showmance.”

However, this is not her first love, in fact, Marnie was previously dated to Lewis Bloor in 2016. However, they couldn’t continue their relationship and broke up after four months. 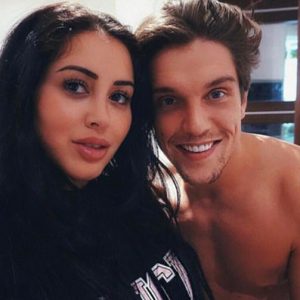 Marnie was also in a relationship with Only Way Is Essex star Ricky Rayment in 2015. Although, they couldn’t carry their relationship for too long and split up after a couple of months. Besides that, she was also spotted with Gaz Beadle and Jordan Davies.

There were rumors that she has an affair with Kieran Lee and Scott Timlin. Moreover, she was also rumored to be a lesbian. There was a rumor that she was in a lesbian relationship with her co-star Chloe Ferry.

Although, the duo take it normal and said, “We were only a lesbian for two days. But now we keep getting asked out by lesbians all the time.”

Once, Marnie was drawn into a controversy after a video leaked in which she was using drugs with her friends in a toilet during a Boxing Day night out. Besides that, the 5′ 4″ actress has a beautiful light brown eye and dark brown hair. In addition, she has seductive body measurements of 35- 27-35 inches.

Being a well-known television personality, Marnie Simpson earns a decent amount of money from her career. As of 2017, her estimated net worth has $500,000.