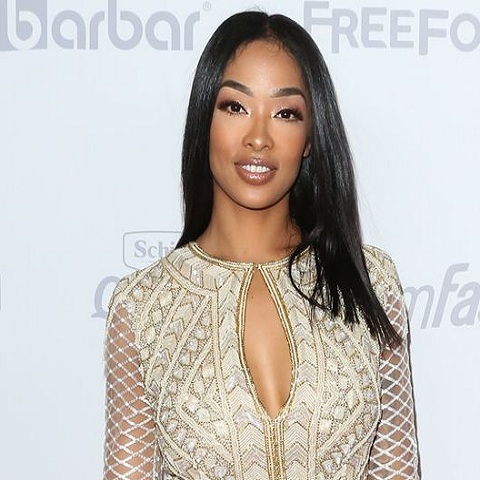 Princess Love is an African-American fashion designer, model, and reality star, who rose to fame after appearing in the extremely popular reality show “Love and Hip Hop: Hollywood”.

Moreover, she is widely acclaimed in the fashion world as a designer and has succeeded in many modeling projects including a cover shot for Smooth Magazine (American magazine). Besides, she is known as the wife of the singer/actor, Ray J.

Born as Princess Pilipina Love Norwood on 14th August 1984, in Oakland California, the United States, Princess Love is from a mixed ethnic background. She is a Filipino from her mother’s side and African-American from her father’s side. Her father’s name is Hugh Love.

At the age of five, her parents separated, and she only met her father after ten years. Princess is very close and shares a deep intimacy with her grandmother. Regarding her education, she attended the Texas Southern University. Likewise, she also studied at the International Academy of Design and Technology.

Princess Love began her career at a very young age and decided to make it big in the entertainment industry. Like all contestants, she also had her share of difficulties during her starting years but her strong determination boosted her career.

During her starting part of the career, she used to work as a stripper in some bars and clubs in Las Vegas but her aspirations were much higher. Love worked hard to draw her name as one of the top models in America. She was able to persuade her dream of getting an opportunity to be captured as the cover girl of Smooth Magazine.

Afterward, she was featured on a reality TV show, “Love & Hip Hop Hollywood” and is still active with it since 2014.

Additionally, she is also a fashion designer and a fashion model. She has also done several modeling assignments and still continues to do the same. She appeared on the cover page in several magazines.

Moreover, Princess Love along with her husband, Ray J run a clothing line together as partners. Along with that, this lovely couple has started a fashion line with Ray J’s sister, Brandy. Brandy and Princess now run a company which sales a varied range of products for men and women’s grooming, maintenance and styling and aims at providing safe and satisfactory products to their customers.

Princess Love has currently reached 33 years of age and her current relationship status is married. She married to Ray J, a famous singer/songwriter/actor. The couple began to date in March 2014, and after dating for around a year, they exchanged the engagement ring in January 2015.

The couple exchanged their vows and got married on 12th August 2016. The couple is living happily, but this is not her first love, she previously dated a famous boxer, Floyd Mayweather Jr. The former couple started dating in 2012. After dating around two years these things stopped working out between them, and in May 2014, they parted.

Being a well-known celebrity, Princess Love has a huge fan following on social networking sites.
Princess is the queen of social media. She has more than 1.2 million followers on Instagram only. Additionally, her Facebook and Twitter have more than 11,000 and 76,200 respectively.

Princes Love earns a lot of money in her career. She is involved in several sectors through which she receives a good sum of money as salary. Furthermore, she also makes money a decent amount of money from several brands and fashion lines as an endorsement and sponsorship.

Allocating information from several sources as of 2018 it is found out that her current net worth is around $2 million.