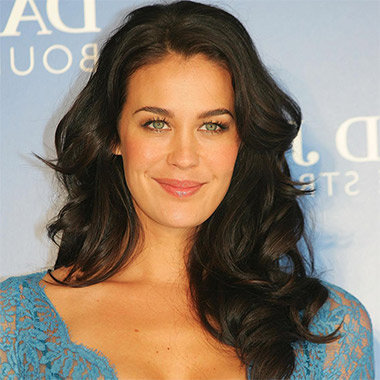 Megan Kate Gale, often known as Megan Gale represents herself as a model, brand ambassador, fashion designer and actress. She was born and raised in Perth Australia. She came into limelight after winning modeling competition when she was 18 years old. She made her appearance in a series of advertisements for Italian Communications company, Omnitel and began her professional career as a model. From her first commercial appearance, she gained wide recognition in Italy and as well as in her home country Australia.

She made her appearance in The Water in 2014 and started to gain name and fame as an actress as well. Born on 7 August 1975, Gale has served The Red Cross as the first official National Ambassador in 2009. In 2005 she had worked as National Ambassador for Kids Help Line. Moving to her early life, Gale was born from English father and Maori descent mother as the youngest of three children. After winning modeling competition at the age of 18, she worked on gaining more confidence and experience which led her to appear in series of advertisements for Omnitel.  She worked for Omnitel till 2006 and during the period she was picked as the face of Australia in Italy by the Australian Tourist Commission. She had made her appearance on Marie Claire’s cover two times. Gale has also the experience of modeling for the various fashion houses such as Gianfranco Ferre, Gai Mattilo, Mariella Burnai and Angelo Marani. She had made numerous appearances in Milan Fashion Week. Gale has also worked with many Australian fashion designers including Lisa Ho, Kirrily Johnston, and Alex Perry. During 2006, she served as a fashion commentator on the Logies, the Australian television awards.

Gale walked the catwalk for the last time in 2008 after she announced to retire from her 15 years long modeling career. Her last catwalk was in a David Jones winter collection launch in Sydney.

Besides modeling, she has also gained an identity as an actor. She appeared in Italian movies titled Vacanze di Natale (as herself), Bodyguards- Guardie del Corpo (as herself) and in Stregata Dalla Luna (as Vivianna).  She appeared in the role of Dr. Orbit’s secretary in the movie Stealth which was released in 2005. She had also made her appearance in other films such as Love You too, Australian feature film.

In 2010, after having 15 years of experience in fashion designing, she established her own swimwear label , Isola. Her products are carried in various department stores such as David Jones. She has also shown her presence on television as well. She worked as a guest reporter in Nine Network show Getaway in between 2005 and 2006. She has also experience working in What a Year, Australian documentary TV show.

Moving to her personal life, she has been in a relationship with Shaun Hampson, the AFL footballer. The couple gave birth to a son named River Alan Thomas Hampson. This hot and bold personality has a height of 5’11’’. Being a successful model and actress, she has made net worth of mouthwatering amount $10million. She is active on facebook, twitter, and Instagram.