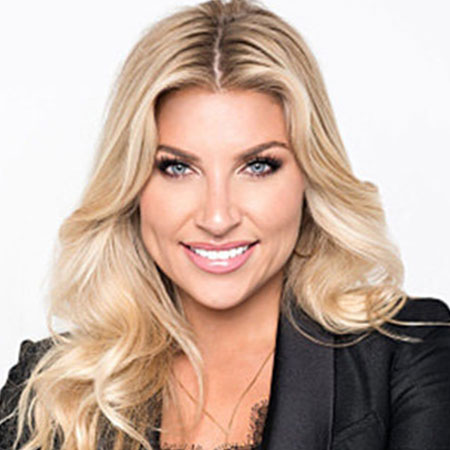 Melanie Collins is a gorgeous and attractive American woman. She has established herself as a Sports and Entertainment anchor, host and reporter. She was born in the year of 1986 on 6th of February. At this age, she is already independent and has achieved the goals she deserved.

She was born in the State College, Pennsylvania which lies in the United States. She belongs to Caucasian ethnic background and holds American nationality. She has two athletic brothers and used to compete with them in every sport. She has athletic talents and loves all sort of sports. She focused more on singing, modeling, acting and ultimately broadcasting.

Collis studied at The Pennsylvania State University. During her sophomore year of college, she started her on-air job for AccuWeather as a weather reporter. While she was working there she got the chance to learn the basics and gather experience of being on camera. She has performed weather reports for over 100 different U.S. cities. During her junior and senior years of college, she worked for WPSU-TV as a host and reporter. She worked there for two years. She hosted a weekly show Let’s Talk Sports. She worked as a guest analyst on Huddle Up. She also served as the networks reporter for Penn State baseball, football, basketball and women’s volleyball.

She studied at the Penn State and graduated from there in 2008 majoring in Sports Journalism. She also minored in Kinesiology. After her graduation, she was hired by the Big Ten Network as a freelance host and reporter. She also worked for Penn State Football as a beat reporter. She served the on-campus programming show Penn State Universe as a host.

She completed the football season with the Big Ten Network and signed a contract with Turner Sports in Atlanta, Georgia. She began working as an anchor, correspondent, and host for NBA-TV and NBA.com. She interviewed famous celebrities and athletes which include Snoop Dogg, Nate Robinson, Kobe Bryant, Seth Green, Dwight Howard, John Legend, Chris Bosh, Joe Torre, Eva Longoria, Magic Johnson and much more at the 2009 NBA All-Star game in Phoenix.

She also has covered the NBA Playoffs from multiple cities in 2009. She served for NBA.com and NBA-TV as a host. While she worked as a host she covered international special events. She has hosted segments on Nascar.com, PGA.com, and PGATour.com. She returned to Big Ten Network and anchored the show Big Ten Cookout. She presented top news stories as well as covered college soccer, football and basketball. She interviewed Big Ten coaches, chefs, players as well as fans.

She started hosting new show Big Ten Tailgate of Fox Sports. The show was about the sports and the entertainment. She also worked for E! Entertainment Television as a freelance anchor of E! News Now. She hosted the 15th Annual Webby Awards in New York in June 2011. She serves Total College Sports TV as the studio host.

From 2009 to 2013 she dated Scottie Upshall. She is currently dating James Neal. So far, Melanie Collins’ net worth is not yet disclosed and it is under review.