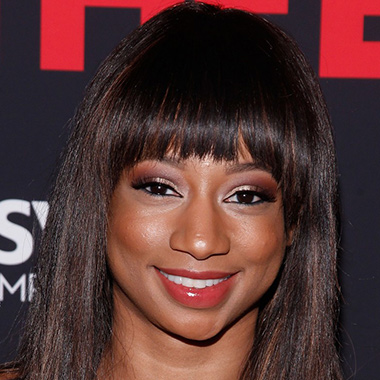 Monique Coleman is an American actress, entrepreneur, dancer, philanthropist, and singer. She is mainly known for her role in High School Musical movies. She also had a recurring role in The Suite Life of Zack & Cody.

Monique was born on November 13, 1980, in Orangeburg, South Carolina, U.S. her birth name is Adrienne Monique Coleman. At a very young age, she started her acting career in television and theater. She was trained at the Workshop Theatre School of Dramatic Arts. She appeared in several local and regional commercials. She also did a few supporting roles in films. She studied at the Heathwood Hall Episcopal School. She then studied at The Theatre School at DePaul University. In 2002, she earned her BFA in Acting from there. In 2012, she visited the American Farm School in Greece.

She got her first lead role in the independent film Mother of the River. The film was awarded many awards at film festivals in Chicago. Later she appeared in the movie The Ditch digger’s Daughters as Young Donna. She won Young Artist Award for Hollywood nomination for the role. While she was in her high school days, she herself wrote, produced, directed and starred in her play, Voices from Within. She also starred in productions of The Colored Museum, Noises Off, The Real Thing and Polaroid Stories. She then played in the Hallmark TV Movie The Reading Room as Leesha in 2005. In the movie, she played opposite the legendary James Earl Jones. She portrayed the role of the Taylor McKessie in High School Musical in 2006. She came to rose after her role.

She appeared in several episodes of The Suite Life of Zack & Cody like Forever Plaid, Not So Suite 16, Neither a Borrower Nor a Speller Bee and A Prom Story. She also had guest appearances on television which include Malcolm in the Middle, Married to the Kellys, Boston Public, Strong Medicine, Veronica Mars, 10-8: Officers on Duty and Gilmore Girls. In 2006, she was in the first ever Disney Channel Games. She was on the blue team with Vanessa Hudgens, Brenda Song, Brandon Baker, Cole Sprouse, Brenda Song, Jason Earles and Corbin Bleu. She appeared in the show Dance With Me and showed her ballroom skills there. She partnered with National Youth Latin Champion Jared Murillo.

On February 14, 2012, she got married to Walter Jordan. They got married in a private ceremony in Thailand. As of 2016, Monique Coleman’s net worth is $2 million dollars.

She took part as the contestant in the third edition of ABC’s Dancing with the Stars in the fall of 2006. She was partnered with Louis van Amstel in the competition. During the competition, she took many risks and she was praised by judges and van Amstel. Before they were eliminated the pair appeared on The Ellen DeGeneres Show. On November 1, 2006, they got eliminated from the reality dance competition. She also appeared on Jimmy Kimmel Live! Show.