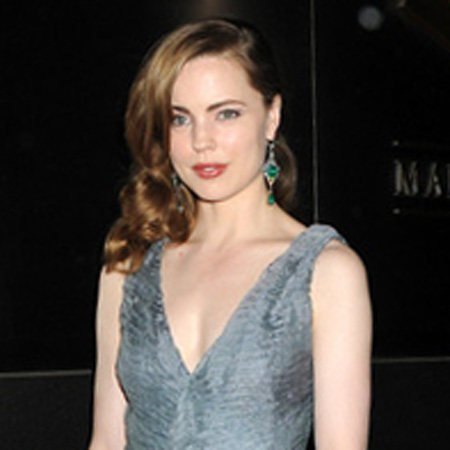 Single parent of two children, Melissa George is an Australian-American actress, former national rollerskating champion, and a model. She won a silver medal at the Junior World Championship in 1991 and won a bronze medal in the National Championship in 1989 and 1990. She has given a dozen hit movies to the entertainment industry.

Melissa was born on 6th August 1976 in Perth, Western Australia. She was born to father, Glenn George, a construction worker, and mother, Pamela, a nurse, and grew up along with her siblings.

Melissa George attended the Warwick Senior High School where she learned jazz, tap, ballet, and modern dance. She was more interested in artistic roller skating and choose to pursue a career in skating. After completing high school, she didn’t attend any University.

Melissa started her modeling career with Western Australia’s Teenage Model in 1992. Her modeling career led her appeared in the Australian soap opera, Home and Away. Her hit movies include Alias, The Slap, The Butterfly Tree, etc which earned her wide recognition as well as several prestigious awards.

Melissa also featured in several tv series such as Heartbeat, Hunted, Bag of Bones, U.S. Attorney, Monk, Silk Stalkings, Roar, Thieves, Charmed and much more. Additionally, she is also the inventor of Style Snaps which is earning wide recognition and success in the market.

Melissa got married to her long-term boyfriend, Claudio Dabed, a Chilean furniture designer and film director, in 2000. The couple met in Bali in 1998 and after dating for two years they got married. After eleven years of marital relationship, the couple separated in 2011. The couple didn’t have any child together.

Later, George dated boyfriend, Russell Simmons, a hip-hop mogul, briefly after getting a divorce. She met French entrepreneur Jean David Blanc at the BAFTA after-party in 2011. The couple fell in deep love and welcomed two children named Raphael and Solal. She split from Jean David in 2015 because of domestic abuse.

Melissa George Net Worth and Lifestyle

Melissa earns the good sum of money from her acting career. She has featured in several movies and tv series and obtains a decent amount of earning. Her several films are successfully and earned million of the dollar in box office collection.

Melissa George is not only an actress but also a multi-million businesswoman. She earns a multi-million dollar fortune from her invention which helps women alter their own clothes. She launched a product named after Hemming my own way in 2010.

Her business is running successfully and extremely profitable and earned over $15 million just in ten months. As per 2017, it is estimated that her current net worth is $7 million.