Meningitis and meningeal syndrome in children 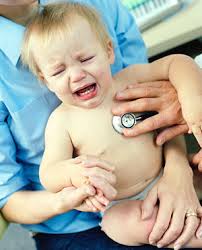 Meningitis???? What is it? Well, the brain and the spinal cord is covered by a layer and that particular layer is called meninges. So, the inflammation of this layer I.e. meninges is called meningitis. It is a very severe disease with high mortality in children of early age.

The clinical symptoms arising due to the affection of meninges (inflammatory and non-inflammatory genesis), is referred to as a meningeal syndrome. It’s most frequent signs are:

The dissociation of the meningeal syndrome is characteristic of meningioma, which means while one symptom is present others may be absent.