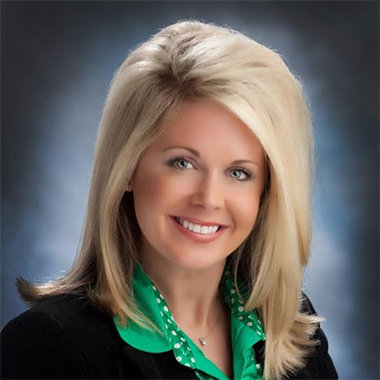 Merry Matthews is a renowned meteorologist in the United States of America who has been associated with WeatherNAtion TV (Denver) since March 2014.  She has been contributing to educating the public on weather rather than just give the basics.

Born in the United States of America, She graduated from The University of Georgia in 2007. Besides this, there is no any information about her childhood days, family background and academic background. Merry Matthews who believes that there is a real and present correlation between science and spirituality, considers science as more than fascinating. She defines weather as homeostatic tendencies of the earth’s atmosphere and considers it pretty cool and something that never gets old.

She started her professional career as an Intern at CNN. She joined CNN as a Meteorology intern in January 2008 and worked in the position for 5 months. In September 2010, she started to work at Premier Surfaces, where she held the position of branch leader and also looked after outside sales. She worked for Premier Surfaces for more than a year. In November 2011, she joined WAAY-TV as a meteorologist and covered various weather conditions for the network. During her tenure in WAAY-TV, she went to various places to cover the weather condition and also presented a forecast for future weather condition. After working for more than two and a half year for WAAY-TV, she joined WeatherNation TV in May 2014. Since then she has been contributing the channel, educating the public on weather rather than just giving the basics.

Besides her professional career, she loves to be outdoors with her husband and loves to fish and camp. The couple seems happy together and they have a son and in an interview, Matthews stated that she wants more children in future. A little-known fact about Matthews is that she hates brushing teeth though she never had a cavity, though. She is health conscious and with a healthy diet and minimal sugar, she has been able to maintain a healthy life.

In her childhood days, she used to feel that her circumstances were too rare for anyone to relate and understand which led her to feel loneliness. Then she met Joyce with similar stories so she gives a big shout to Joyce Meyer. Having a keen interest in spirituality, she is highly influenced by Joyce Meyer and she has always been looking for paths to improve her spiritual maturity or paths to keep growing and getting stronger.

Matthews has the vision to educate all the people about the weather which will keep them safe when severe weather darkens their doorstep. She always focuses on conducting more research in the field. Matthews states that science has a lot more to do in the field. It requires further research and constant analysis. Matthews is active on facebook and twitter where she has huge fan followings.