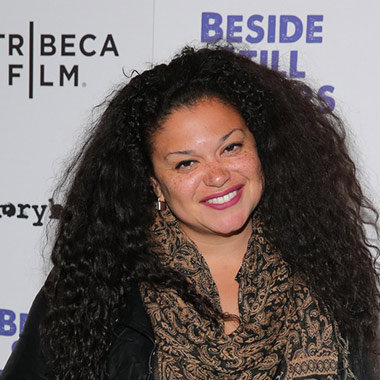 Michelle Buteau is an American actress, comedian and writer who is best known for her appearances in Lip Service (2012), Big Morning Buzz Live (2011) and Bes Week Ever (2013). She has been active in the industry for several years and has gained name and fame for her work.

Buteau was born in New Jersey to Caribbean parents. Originally, she had a dream to become a news reporter. Once she was told that she was too fat to appear in front of the camera then started work as a producer, editing news footage for NBC and Fox.

Her career took a new turn when she was tasked with viewing and editing countless hours of disturbing footage of September 11, 2001, attacks in New York. Her career as a comedian began two days after the attacks which helped her to deal with her emotionally demanding day job. As opposed to other celebrities, Buteau grabbed success in the online comedy very slowly unlike viral success. Being a well aware of how critical the online comedy scene is for emerging actor, Buteau prefers to be simply herself rather than building a pristine online brand. At the beginning she hesitated to join male-dominated comedy scene, feeling female comedian were too often dismissed as a small part of such a big industry.

While asking about TV and digital spaces, she prefers digital space more as it is much more open which allows her to do whatever she likes.

"If I don't write something or perform or at least create something, I feel like I haven't had enough water or enough to breathe."

The Veteran comedian and actress has made numerous appearances on various TV series and Digital video series. She appeared on Broad City, Best week Ever and Key and Peele. Similarly, she released on debut comedy album named “Shut Up”. Buteau considers her secret to success is simply being funny. Her television works include:  Last Comic Standing (2008), Black to the Future (2009), Ladies Night Out (1011), Latino 101 (2011), Lip Service (2012), Kathy (2012), Good Afternoon America (2012), The Jim Gaffigan show (2015 and many more. Similarly, she made her appearance as a panelist in TV movie documentary titled “100 Greatest Songs of the 90’s”. In numerous TV series, she appeared in her own role as she always prefers to be herself. She has performed on various stages throughout the United States including Pubs, Colleges and comedy festivals.

During her show, she used to make fun of interracial dating but she has stated in an interview that she is a fan of interracial relationships. She also said that people from two different races will always have a cute kid. These statements give a hint that she might be dating white man secretly but she has not spoken about her relationships and affairs in media. She has been hiding it successfully from media. Buteau stands tall with a height of 5’7’’. Despite having a fat body, she is considered as a good looking girl. Buteau is active on facebook and twitter and she keeps updating about her latest shows and tours through her official websites.