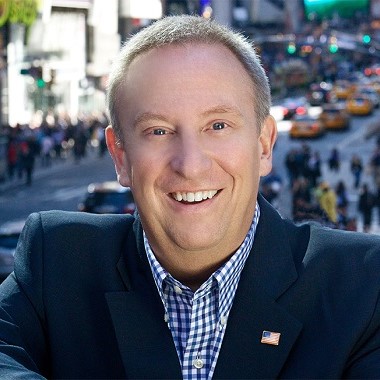 An American radio host and a conservative political commentator, Mike Gallagher is known for hosting the popular radio show “The Mike Gallagher Show” on Salem Radio Network. He is one of America’s most entertaining conservatives, representing a sense of humor and timing honed over three decades in the cauldron of local and national radio talk show experience and Talkers magazine also listed him as sixth most-listened-to radio talk show host in the United States.

Mike Gallagher was born on April 7, 1960, in Dayton, Ohio, United States. He attended Chaminade-Julienne High School in downtown Dayton and graduated from there. Then, he enrolled at the University of Dayton and Wright State University. During his time at college, he was equally active in school radio, TV station as well as in school theater.

At the age of 17, he began his career working for WAVI-AM. Then, he became a station manager in Greenville, South Carolina. Mike Gallagher later got the chance to become an on-air host on WGY-AM. From there, he went on to New York City and joined WABC-AM. He spent there around two years serving as morning drive host. 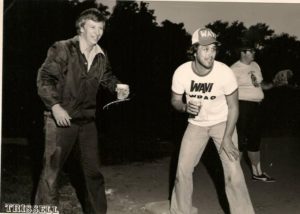 In 1998, he launched his show “The Mike Gallagher Show,” nationwide with 12 radio stations. He is listened daily in Los Angeles, New York City, Chicago, Dallas, Houston, Detroit, Philadelphia, Atlanta as well as in small, medium and major markets all over the country.

Gallagher served as the moderator of a “virtual” online debate between Presidential candidates Barack Obama and Mitt Romney, pre-taped on October 12, 2012, and broadcast on the Internet after the third 2012 Presidential debate. 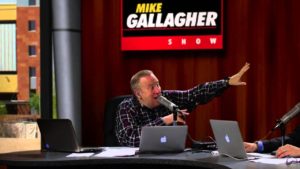 Mike Gallagher hosting the show at his studio (Source: YouTube)

In 2011, Gallagher became the sixth most listened-to talk radio host in America. He was featured for 11 consecutive years as one of the 100 influential talk hosts in America in Talkers Magazine. He also became the 8th most recognized talk radio personality in America according to the Benchmark Company. Gallagher has also been featured in numerous magazines and newspapers including The New York Times, The Wall Street Journal, Time, and Forbes. Mike Gallagher is also making his regular appearances on several Fox News Channel shows as a Fox News Channel contributor and sometimes as a co-host.

Besides that, Mike Gallagher is also an author. In 2005, he wrote ‘Surrounded by Idiots: Fighting Liberal Lunacy in America’ that became a New York Times bestseller.On his radio show, the Mike Gallagher’s show, he made public that he was writing a book called ’50 Things Liberal’s Love to Hate’, the book was released on August 28, 2012.

Mike Gallagher is also involved in several social events. He gave an active involvement in fundraiser event “Food for the Poor” on May 8, 2006. He also leads a philanthropic organization under his name;
“Gallagher’s Army: The Mike Gallagher Show”, which was established in 2005.

Mike Gallagher is also controversial star, who extended the Westboro Baptist Church in Topeka, Kansas money to not picket the funeral of West Nickel Mines school’s shooting victims. After his move,  Gallagher was blamed of being blood money. He granted the church an hour of air time on his show rather against a contract stating $500,00 fines if there were any picketers near the funeral. Gallagher repeated this act on similar other occasions.

Gallagher explained, ”I think we should round up all of these folks. Roundup, Joy Behar. Round up Matt Damon, who last night on MSNBC attacked George Bush and Dick Cheney. Roundup [Keith] Olbermann. Take the whole bunch of them and put them in a detention camp until this war is over because they’re a bunch of traitors.”

Mike Gallagher was deemed a racist and an Islamophobe after his statement that said: “It’s time to have a Muslims check-point line in America’s airports and have Muslims be scrutinized. You better believe it, it’s time.” 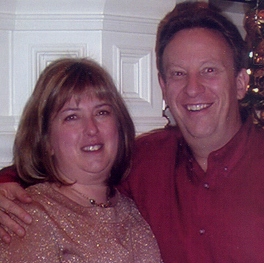 A throwback of Mike Gallagher and his late wife, Denise Gallagher
Source: GallaghersArmy

Gallagher earns a handsome salary from his journalism and professional involvements career which adds up his current net worth of $3 million. He is also active on social networking sites.