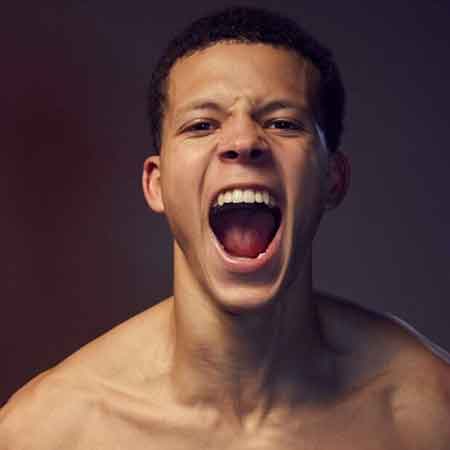 An American mixed martial artist, Mike Kimbel is famous as The Savage in the octagon. He currently competes in the Bantamweight division of Bellator MMA. The fighter has just begun his professional career. So far, he has a record of one win. He is associated with Thunder Martial Arts Academy and fights out of Connecticut.

The fighter seems to be single at the moment. Kimbel is yet to make his relationships public.

Mike Kimbel was born in 1997 in Waterbury, Connecticut. He is of American nationality. He has four siblings; two brothers and two sisters. The information regarding his parents is not available. However, he is very close to them.

As for his education, Kimbel attended Crosby High School. It is not known if he pursued higher education. He began boxing while in high school.

The fighter fought in AMMO Fight League as well. There he was victorious against Randy Francis and Stephen Pinard. Kimbel has also fought in CES winning against Joey Sanchez via a TKO. On the other hand, he fought and lost against Justin Kristie in Reality Fighting.

Kimbel is just at the start of his MMA career. He got his shot at Bellator MMA after selling tickets for the show.  He was picked among the local talents to fill in preliminary cards. The fighter made best of the opportunity. His debut fight was against Geoffrey Then on 16th February 2018, in Bellator 194.

Kimbel won the fight via a TKO within 1min and 3 seconds of the first round. After his impressive debut, the fighter was offered a multi-fight deal with Bellator MMA on 1st March 2018, which he gladly signed. His next fight has not been fixed yet.

Kimbel is not married yet. The 21-year-old seems to be single. There are no rumors of him dating anyone at the moment. The fighter might be in a private relationship. He has not shared pictures with potential partners on his Instagram page.

Furthermore, Kimbel is very close with his family. He has shared many pictures with his sister. He is a family guy and loves his mother very much. He considers his mother to be his world.

Aside, Kimbel is currently focused on his career.

Mike Kimbel earns a good sum of money in his career. The main source of his income is his MMA career. With a spectacular start, the fighter has shown great potential. The value of his contract with Bellator is not disclosed yet.

Allocating information from several sources as of 2018 it is found out that Mike current estimated net worth is estimated to be around $300 thousand. However, we can expect to see more of Kimbel in upcoming days. His net worth is subjected to increase in the future.