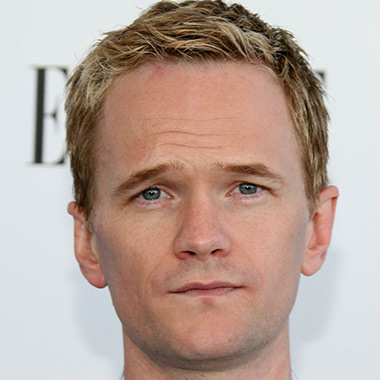 Neil Patrick Harris, an American writer, director, actor, singer, comedian, and producer, was born in Albuquerque to mother Sheila Gail and father Ronald Gene Harris. He grew up in Ruidoso with an elder brother while his parents were lawyers and also had a restaurant. Neil is mainly famous for playing the series How I Met Your Mother as Barney Stinson. He went to La Cueva High School graduated in 1991 with high honors.

“I am happy to dispel any rumors or misconceptions and am quite proud to say that I am a very content gay man living my life to the fullest and feel most fortunate to be working with wonderful people in the business I love.”

The career as an actor began when Neil was working as a child actor at a drama camp in Las Cruses, New Mexico. Mark Medoff, a playwright, took and cast him in a film- Clara’s Heart starring Whoopi Goldberg in 1988. He won Golden Globe nomination for his character in the movie. Afterward, Neil played in a children’s fantasy- Purple People Easter and then in the adult film Animal Room as a teenager. He also played a supporting role in Undercover Brother, Starship Troopers, and The Next Best Thing and did voice work in the film Batman: Under the Red Hood and Cats & Dogs: The Revenge of Kitty Galore. Neil played the lead role in The Best and the Brightest and was also seen in The Smurfs and The Smurfs 2.

Neil Patrick Harris worked in the thriller Gone Girl along with Ben Affleck. In 2001, he played Tobias Ragg, a concert performance of Sweeney Todd and performed in Proof beside Anne Heche in 2002 and Cabaret in 2003. He then did a dual role on Broadway as Balladeer and Lee Harvey Oswald. Neil also directed a rock musical Rent at Hollywood Bowl in 2010 and directed The Expert at the Card Table at Broad Stage’s Edye as well. Neil joined the TV sitcom How I Met Your Mother in 2005 and was a part of it till 2014. His role as Barney in the series gained a lot of fan following for him worldwide.

Neil was the host of 63rd Tony Awards, 65th Tony Awards, 66th Tony Awards and 67th Tony Awards. On Season 9 of American Idol, Neil had an appearance as a guest judge. He was nominated for Golden Globe award for his role in Doggie Howser, M.D. in 1989. For the role as Barney Stinson in How I Met Your Mother, Neil was nominated every year for Emmy from 2007 to 2010.  He won two Emmy Awards on for his guest performance role in Glee. As Neil is the fan of magic, he served President of the Board of Directors of Hollywood’s Magic Castle and also won Tannen’s Magic Louis Award in 2006.

About Gay and Personal Life

Neil confirmed his sexual orientation as a gay in November 2006 and attended the Emmy Awards with his fiancé David Burtka. During an interview on The Ellen DeGeneres Show, he said that he had been in a relationship with Burtka since 2004. Neil has two children, a son and a daughter, with Burtka via a surrogate mother. His children, Harper Grace Burtka-Harris and Gideon Scott Burtka-Harris are twins. They own a house on Fifth Avenue in Harlem.

Neil Patrick Harris is one of the highest-paid actors in the world. His salary was reported to be $400 thousand per episode. The net worth of Neil is $35 million.