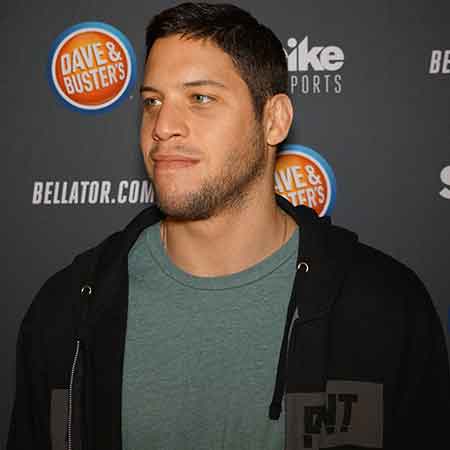 Neiman Gracie is a Brazilian mixed martial artist as well as Brazilian jiu-jitsu. He currently competes in the Middleweight division of Bellator MMA. Gracie began his professional MMA career in 2013 and is the 4th generation member of the Gracie Family of Brazilian jiu-jitsu.

Gracie grew up along with his sister, Deborah Gracie Stambowsky who is the second female in the Gracie family to achieve the rank of black belt.

Gracie made his promotional debut in September 2013 at World Series of Fighting 5: Arlovski vs. Kyle. Gracie won the debut fight against Darren Costa via submission. Likewise, he further won his second fight against Dustin Holyko. On October 29, 2014, Gracie signed with Bellator MMA and made his debut at Bellator 134 against Bobby Flynn and won it via submission.

Likewise, Gracie defeated Roger Carroll in his second fight at Bellator 151. His winning streak continued as he won the fights against Rudy Bears and Dave Marfone. Till date, Gracie hasn’t lost any fights. His last fight was on April 28, 2018, against Javier Torres which he won via submission.

Neima Gracie has a successful career as well as personal life. The 29 years old, Gracie is married to his long-term girlfriend, Karina Alves Gracie. Gracie and Karina were childhood lovers. Well, the couple shared their vows on January 3, 2017.

On March 15, 2018, the duo welcomed their first child, a daughter Khali Alves Gracie. Gracie shared a beautiful picture of his daughter on Instagram. Since long Gracie and Khali is living happily with their daughter.

Yet, they haven’t faced any rumors of divorce and other extramarital affairs. Besides this, Gracie hasn’t dated any girls in past.

Neima Gracie has maintained a standard life. He earns a good sum of money from his MMA career. Since the starting, Gracie hasn’t lost any matches. Currently, Gracie has an estimated net worth of around $2 million. He often visits new places with his wife and friends during vacations.