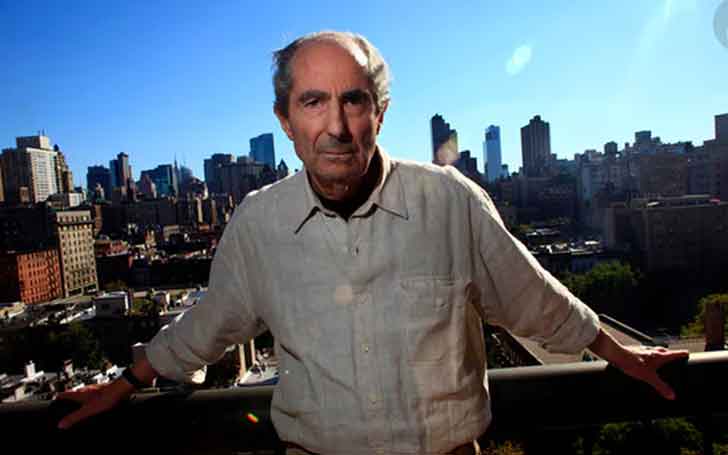 The prolific and highly regarded American novelist, Philip Roth is famous for his illustration of male sexuality and American ideals in his novels. The novelist died on May 22, 2018, in Manhattan Hospital due to congestive heart failure. In his last days, he was surrounded by his close friends and family as said by writer Judith Thurman, his good friend.

The Pulitzer Prize-winning novelist retired from writing in May 2014. Since then he had not made appearances in the media. Roth had a successful career as a novelist. His works are appreciated by many people. However, his personal life was not a smooth ride. With two failed marriages, the novelist faced his own fair share of problems. Today, in this digest, we will be exploring his personal life, relationships, marriage, divorce, affair and more. So stay tuned.

Roth first met wife Margaret Martinson in 1956 while he was at Chicago. The two dated for a few years before they decided to take their relationship to the next level. Martinson used someone else’s urine sample to convince him that she was pregnant, tricking Roth into marriage in 1959.

Well, a marriage that started based on a lie was not successful at the end. It was a disastrous marriage hat ended in a divorce in 1963. The train-wreck of marriage inspired some of his novels like The Monkey, Portnoy’s Complain.

A few years after the divorce, Martinson got in a car accident and died in 1968. The death of his ex-wife affected Roth and his literary works. Martinson has inspired some of the characters in his novels including Lucy Nelson in When She Was Good and Maureen Tarnopol in My Life as a Man.

The novelist and English actress, Claire Bloom were in a long-term relationship. Roth finally tied the knot with his longtime girlfriend in 1990. He made Bloom sign a prenup before their marriage.

Their marriage was not a happy one either. The two got divorced in 1995 after five years of togetherness. A year later their separation, Blooms published a memoir called Leaving a Doll’s House. The memoir revealed Roth to be a depressed, self-centered and verbally abusive during their marriage. It painted him in a bad light.

Roth later wrote a book “I Married a Communist” that followed a spoilt fictional actress named Eva Frame who ruined her husband’s life with a revealing account in a book. It sounds all too familiar to not be written in rebuttal of Blooms’ memoir.

Aside from the two failed marriages, Roth was not rumored to be dating anyone. The Portnoy’s Complaint author was single when he died. He was not very lucky in terms of love. Nevertheless, his contribution to literature will always be appreciated. Roth’s death has saddened many of his fans.