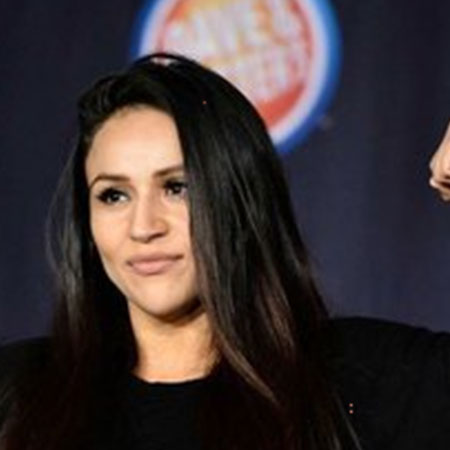 The American mixed martial artist, Veta Arteaga currently competes in the Flyweight division of Bellator MMA. She began her professional career in 2016. The fighter has a professional record of 3 wins and 2 losses. She trains at the Combat Fitness Gym and fights out of Boise, Idaho.

Arteaga is not married yet. She is a single woman. She has not had a public relationship yet.

Vega Arteaga was born on 7th November 1987 in Burley, Idaho. The information regarding her parents is disclosed. However, she has three brothers. The names of two of them are Bobby Arteaga and Freddy Arteaga. Freddy is also involved in fighting. You can see the pictures of her family below.

As for education, Arteaga graduated from Minico High School. Furthermore, she is of American nationality and a Latina. Her brother introduced her to MMA.

Vega Artega holds an amateur record of 3 wins and a loss. Her first amateur fight was against Billy Edney in Front Street Fight Events on 16th May 2014. She won the fight via a submission. After that, Arteaga fought and won against Danielle Donaldson in Steel Fist Fight Night and Hannah Fitzpatrick in Real MMA. Her amateur loss was against Kaytlin Neil in Showdown Fights.

The fighter made her professional debut against Ashley Deen on 13th February 2016, in Front Street Fights. She won the bout via decision. After that, Arteaga was signed by Bellator MMA. Her Bellator debut was against Jackie Vandenburgh on 20th May 2016. She was victorious in the bout.

Furthermore, Arteaga has fought and won against Brook Mayo with the promotion. On the other hand, she lost to Anastasia Yankova and Bruna Ellen. The fighter is now set to fight against Emily Ducote on 14th July 2018.

The 30-year old is yet to be married. Furthermore, Arteaga is not even dating anyone at the moment. The fighter is a single woman. She has not made any of her relationships public till now. She could be dating privately but for now, there have been no rumors of a romance.

Nevertheless, Arteaga values her relationships with friends and family. Scrolling through her Instagram, we can definitely see that she shares close bonds with her people in her life. She has posted many pictures with her friends and teammates. She also has a strong bond with her parents and siblings.

Well, the fighter is quite busy with her career. She might not have the time to date at the moment. She could be waiting for the right person.

Arteaga has managed to make a name for herself in the MMA world. Her successful career has helped her to earn a great deal of money. However, she was paid $12,000 for her fight against Brooke Mayo including the win bonus.

Allocating information from several sources as of 2018 it is found out that Veta Arteaga current estimated net worth is around $700 thousand dollar. Furthermore, she is sponsored by Venum, Alert Squad, Rock & Armour, Feed my Fit and many more. Arteaga is still active in her career. We can expect to see more of her in the coming days.