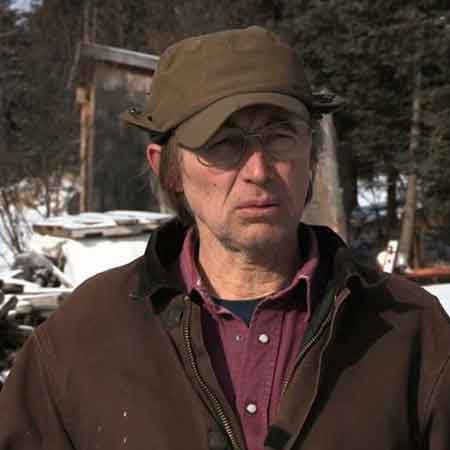 Otto Kilcher is an American reality Tv star who is popular for the show on Discovery Channel named “Alaska The Last Frontier”. The show follows him and his family living in Alaska without the modern amenities. He is known for his ability to fix things. He is quite handy with the tools.

Otto is a married man. He is the husband of a wildlife biologist named, Charlotte Kilcher. Prior to this, Otto has married two times.

Otto Kilcher was born on April 19, 1952, in Homer, Alaska. His father ‘s name is Yule Kilcher and his mother name is Ruth Kilcher. He is their sixth child among the eight children. His parents moved to Alaska from Switzerland during the tension of second world war.

Among his siblings, Atz Kilcher is the eldest one who is also a vital part of the show. He has six sisters. The information regarding Otto’s education is not available. Otto spent his early life playing in the woods and canyons of Alaska.

He was surprisingly good at fixing broken things since a small age. He began working at the farm from a young age.

Otto Kilcher became famous after he starred in Discovery Channel’s show Alaska Frontier. He lives on a homestead with his family. He is a self-sufficient man. He along with his family maintains a herd of cows. Kilcher is very big on recycling and reusing.

Kilcher creates stuff he needs using junk which is a treasure to him. He is a mechanic who uses his tools efficiently. He and his family show survival skills against the harsh climate of Alaska. Apart from the show, Kilcher works for a boat transportation service. He is also the member of Kenai Peninsula Farm Bureau.

Otto Kilcher is a married man. He has been married to wife Charlotte Irene Adamson for more than 20 years. The two first met in 1989 while they were involved in volunteering work in South Central Alaska. Charlotte gave birth to their son August Kilcher. She also has a son, Torrey from her previous marriage.

Before this, Otto was married twice. He first married ex-wife, Olga Von Ziegesar. However, the pair got divorced after a few years. Then, he got married to Sharon Mckemie. They had two sons together, Levi Kilcher and Elvin Kilcher. Sharon is still close with the family.

Apart from that Kilcher is related to the singer Jewel Kilcher who is the daughter of his brother Atz Kilcher and his ex-wife, Lenedra Carroll.

Allocating information from several sources as of 2018 it is found out that Otto Kilcher has an estimated net worth of $4 million. He has amassed this huge amount with his show, mechanics skills, and other business venture. The show has been gaining a lot of popularity which has helped t increase his net worth.