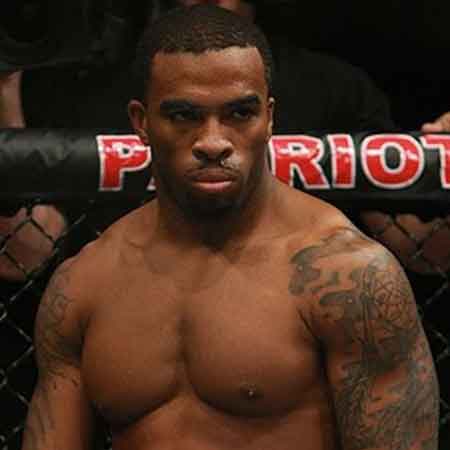 Gerald Harris is a mixed martial artist as well as stand up-comedian who currently fights in Bellator. Earlier, he was a cast member of Spike TV’s The Ultimate Fighter 7. Besides that, he also competed in the UFC DREAM, World Series of Fighting, Tachi Palace Fights, Shark Fights and so on. Harris is two-time FCF Middleweight Champion, Class of Athletic Hall of Fame, and 2010 Knockout of the year.

The 38 years old mixed martial artist and stand up comedian, Harris currently seems to be living a single life. Besides, he seems focused on his career. Well, let find out detail about his personal life as well as early life, career, net worth, salary, lifestyles and much more. Stay with us!!!

Gerald Harris was born on 19th November 1979, in Tulsa, Oklahoma to African-American parents. He had a brother named, Cory who died in a car accident. Regarding his nationality, he is American and belongs to mixed ethnicity.

Gerald Harris first attended at the East Central High School in Tulsa, Oklahoma and then in Cleveland State University (CSU). At CSU, Harris began wrestling and at that time, he owned the all-time record for wins on the wrestling teams. Moreover, he also became a member of the Alpha Phi Alpha fraternity.

Harris life changes after his friend encouraged him to get involved in MMA fighting. His fighting ability was liked by many people at a very short time, Not only that, Harris beat his opponent so badly that, he got invited to join a tournament. Hence, his professional fighting career began.

Later, Harris moved to Arizona with his mom where he trained with mixed martial artists such as C.B. Dollaway, Jamie Varner, and Ryan Bader at Arizona Combat Sports. He made his UFC debut after calling into MMA Junkie Radio with the Special guest, Dana White, President of the UFC.

He made his UFC debut fighting against John Salter where he won the fight via TKO in the third round. Apart from UFC, Harris also fought in DREAM FC, World Series of Fighting, and Bellator MMA. As of now, he has set the MMA record of 25 wins out of 31 games, 11 by knockouts, 6 by submission, and 8 by decision.

Gerald Harris seems to be secretive when it comes about his personal life. He currently seems to be living a single life as he has not involved in any love affairs and neither there are any news or rumors of his relationship.

Harris is 38 years old and it is hard to believe that, he is living a single. He might have been in a relationship during his earlier days which he does not want to share with the public. He might be busy making his career rather than spending much time on his personal matters.

As of 2018, his exact net worth is under review but analyzing his works it is estimated at more than $600,000. Apart from his professional career, he is barely active on social networking sites like Instagram. Due to which it has made harder to know about his daily lifestyles including his cars collection and houses.