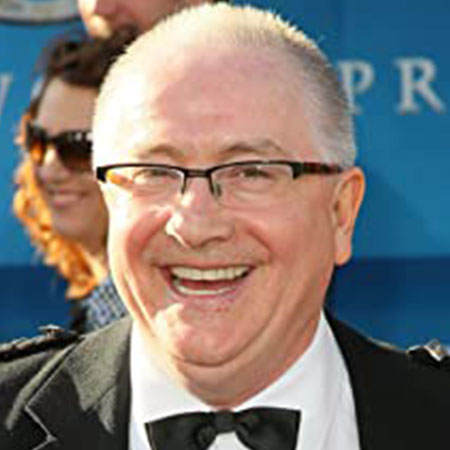 Patrick Doyle is a Scottish film composer. He is one of the collaborators of director and actor Kenneth Branagh. Doyle is mainly known for his work in the film such as Sense and Sensibility, Hamlet, Harry Porter and the Goblet of Fire, Rise of the Planet of the Apes, Gosford Park, Henry V and Thor. He also was nominated for Academy Awards for twice and Golden Globe Awards twice. He also became the recipient of the ASCAP Henry Mancini Award.

EARLY YEARS & HIS CONTRIBUTIONS TO THE WORLD OF ENTERTAINMENT

Doyle was born on April 6, 1953, in Uddingston, South Lanarkshire, Scotland. He attended Royal Scottish Academy of Music and Drama.

“It should sound like good music; it should always have a structure to it. But basically it should be musical and listenable. And it should be able to, away from the picture, conjure up the same sort of feelings and images that it was meant to on screen.”

In 1987, as a composer and musical director, Patrick Doyle joined the Renaissance Theatre Company. He there worked for plays such as Hamlet, As You Like It and Look Back in Anger. He was nominated for Ivor Novello Award for Best Film Theme for the song NonNobis, Dome from Henry V in 1989. He has composed in films like Dead Again, Much Ado About Nothing, Mary Shelly’s Frankenstein, Hamlet, Love’s Labour’s Lost, As You Like It, Sleuth and Thor for Kenneth Branagh. He also composed for Great Expectations which was directed by Alfonso Cuaron in October 1997. After the composition, he was diagnosed with leukemia. Although he was diagnosed with leukemia, he being treated in hospital was successful for completing his work in the animated fantasy Quest for Camelot in 1998. Later he was successful in having a full recovery. His music from the Movies concerts in aid of Leukaemia Research UK which was researched at the Royal Albert Hall. The movies concert was directed by Kenneth Branagh in which top stars like Emma Thompson, Sir Derek Jacobi, Alan Rickman, Adrian Lester, Dame Judi Dench, Imelda Staunton, Robbie Coltrane and Imelda Staunton made an appearance.

Patrick Doyle presented with ASCAP Henry Mancini Award at the twenty-eighth annual Film & Television Music Awards in June 2013. He got the award for his outstanding achievements and contribution to the world of television music and film.

Well-known film composer Doyle has many fans who like his film as well as music. His work is highly appreciated by the media.