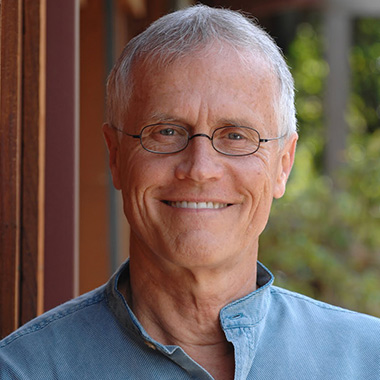 Paul Hawken is an American author, environmentalist as well as entrepreneur and activist. He is known as the writer of ‘The Next Economy’ and ‘Blessed Unrest’. His book ‘Ecology of Commerce’ was voted number 1 college text on environment and business by professors of 67 business schools.

Paul Hawken was born on 8 February 8, 1946, in California, the United States. He spends most of his childhood in San Francisco Bay Area, where his father worked at UC Berkeley in Library Science. He said that he spend part of life in UC library and part of it on his grandparent’s farm, from which he learned about the importance of resourcefulness.

Hawken attended UC Berkeley and San Francisco University but received no formal degrees. However, he has six honorary doctorates and his works included writing about the impacts of commerce on the scale of the living system, ecologically conscious businesses and consulting with heads of states and CEOs on industrial ecology, the policy of environment and sustainable economic development.

Paul Hawken, who is an active member of the Civil Rights Movement is the founder of non-profit organization Project Drawdown, which aims to reverse climate change and reducing the global warming crisis.

CONTRIBUTIONS TO THE WORLD THROUGH HIS WRITINGS

So far, Paul Hawken has written seven books. In 1975, his book titled ‘The Magic of Findhorn’ was popularized at the community of Findhorn. The book was about an ecological spiritual center in Scotland. Most of his subsequent books cover activism, sustainable practices, and cover business. Some of his books are, ‘The Next Economy’, ‘Growing a Business‘ and ‘The Ecology of Commerce‘. In the book ‘The Ecology of Commerce’, he coined the term “restorative economy” and was credited by the businessman and environmentalist Ray Anderson of Interface, Inc. with his environmental awakening. According to Anderson, the book describes spear in the chest experience. Anderson then started crisscrossing the country with a near-evangelical fervor and also told his fellow executives to reduce the waste and carbon emissions. Paul also wrote a book titled ‘Natural Capitalism: Creating the Next Industrial Revolution‘, which was co-authored by Hunter L. Lovins and Amory Lovins. The book highlights the direct accounting for ecosystem services and the now-standard idea of natural capital has been translated into 26 other languages.

In May 2007, ‘Blessed Unrest, How the Largest Movement in the World Came into Being and Why No One Saw It Coming’ was published by Viking Press in New York. The book argues about a vast world-changing “movement with no name” is now forming. His books have been published in more than 50 countries with the translation in 27 languages. One of his book ‘Growing a Business’ was successful to be a 17-part PBS series which was hosted and produced by Hawken himself. The program was telecasted on television in over 115 countries.

In 1966, Paul Hawken took over a small retail store which was called as Erewhon. It was later turned into Erewhon Trading Company, a natural foods wholesaler. He also co-founded the Smith & Hawken with Dave Smith, a catalog and retail business in 1979. He became the founder and chairman of The Natural Step USA from 1994 till 1998 and also co-founded Biomimicry Technologies in 2008 with author Harper Collins and biologist Janine Benyus. He was hired by Interface, Inc. in 1995, where he served as the part of a twelve-member group of outside consultants who was responsible for helping in making Interface the world’s leading company in industrial ecology in next ten years.

Paul Hawken won numerous awards and was praised his work in writing and co-designed the ‘Interface Sustainability Report’. He then became the Co-Chairman of The Natural Step International from 1996 to 1998. The Natural Step was founded by Swedish scientist and medical doctor Karl-Henrik in 1989. It was originally founded to create shared frameworks for understanding sustainable developments. He became the founder as well as directed the natural Capital Institute which is also called as NCI situated in Sausalito, California. The institute main focus was Wiser.org which is an open source database of civil society organizations and activists. It was mainly focused on social and environmental justice.

In 1965, Paul Hawken partnered with Martin Luther King, Jr.’s staff in Selma, Alabama prior to the historic March on Montgomery. As press coordinator, he registered members of the press, issued credentials, gave dozens of updates and interviews on national radio, and acted as marshal for the final march. That same year, he worked in New Orleans as a staff photographer for the Congress of Racial Equality, focusing on voter registration drives in Bogalusa, Louisiana and the panhandle of Florida, and photographing the Klan in Meridian Mississippi after three civil rights workers were tortured and killed. In Meridian, he was assaulted and seized by Ku Klux Klan members but escaped due to FBI surveillance and intervention.

Hawken has conducted research, spoken, and traveled extensively throughout the world, undertaking journeys into insurgent-held territories of Burma to research tropical teak deforestation, as well as a 1999 humanitarian/photojournalistic trek to war-torn Kosovo.