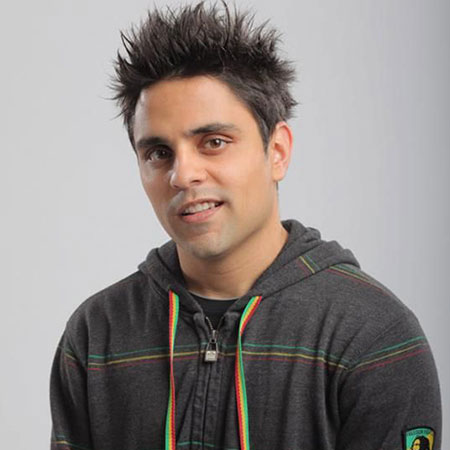 Ray William Johnson is an American video blogger, actor as well as producer. He is mainly known for his series in YouTube Equals Three. Ray was born on August 14, 1981, in Oklahoma City, Oklahoma, United States. He attended Norman North High School and graduated from there in 1991. He attended Columbia University and majored in history. According to his profile, he is preparing to study law.

While he was studying at Columbia, he started his formatted show Equals Three. He provided to combine to watch viral videos and video bloggers. He criticized, reviewed and also commented one some of the internet’s latest viral videos in Equals Three. Every Tuesday the episodes are uploaded in Equal Three. With more than 12 million subscribers in March 2015, Equals Three became the most subscribed channels on YouTube. The channel has also been recognized by Guinness World Records. Episodes obtain several million views every week. He also has obtained many celebrity guests on Equal Three which include Kal Penn, T.J. Miller, John Cho, Kevin Smith, RZA, Margaret Cho, Andy Milonakis, Sarah Silverman, Bobby Lee, Jason Biggs, Robin Williams, Timothy De La Ghetto, Gabriel Iglesias, Garfunkel and Oates and KassemG. He moved Equal Three away from Marker Studios in October 2012. Maker Studios is a multichannel YouTube network. He announced his departure in an episode of Equal Three. According to him, he left Marker Studio because of pressure on him by the company for signing into a new account. He said that Marker Studios used “thuggish tactics” to pressure him into signing the contract. He said that Marker Studios CEO Danny Zappin is a convicted felon.

He announced in May 2013 that he signed a deal to produce a sitcom for FX. The executive producers are Troy Zien and Dave Becky and script writers are Andrew Waller and Mike Gagerman. He released a 5 part web series titled Riley Rewind on December 12, 2013. He himself directed and starred in it. It is a high school student who has the ability to rewind time. It was launched on Facebook and got 10 million views before hitting YouTube. It currently has 12 million views on YouTube.

Equal Three have more than 8 million subscribers in April 2013 which was one of the highest subscribed channels on YouTube. He announced on December 30, 2013, that he would retire from Equal Three in 2014. He announced that from July 16, 2014, Robby Motz will be the new host.