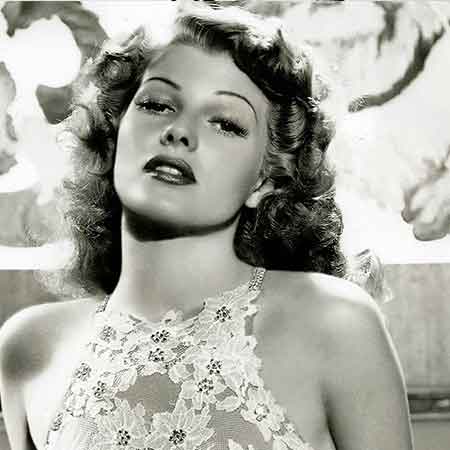 An American actress and dancer, Rita Hayworth aka The Great American Love Goddess, hit stardom as an actress after her appearance in The Strawberry Blonde in 1941. Hayworth was best known for her performance in Charles Vidor’s Gilda (1946). Hayworth died on 14th May 1987, because of Alzheimer’s disease.

Hayworth was married five times. At the age of 18, Rita married her husband, Edward Judson an oilman turned promoter who was twice of her age in but the couple got divorced. Hayworth had the net worth of $10 million.

Rita Hayworth Net Worth and House

Being such a prominent American actress and dancer, Rita Hayworth collected a huge sum of money from her career. Starting her acting career since the early age, Hayworth had starred in numbers of movies and television series.

Accumulating the information from the source, Hayworth a the net worth of net worth of $10 million. Besides her acting career, she has further performed dances several movies and shows.

Hayworth owned a house in Beverly Hills, California. The Spanish-style house measuring 4,426 square feet featured a five-bedroom, along with five and a half baths, vintage ironwork, stained glass, a Juliet balcony, as well as a grand living room. However, Hayworth later sold her house for $3,960,000.

Rita Hayworth was married five times. At the age of 18, Hayworth married her first spouse Edward Charles Holmgren Judson on 29th May 1937. However, the things didn’t go well in between the couple and ended their relationship with a divorce on 22nd May 1942.

Do not miss: Chester Bennington Biography

After her divorce with her husband Edward, Rita tied the knot with Orson Welles on 7th September 1943. From their relationship, the husband and wife had a child, daughter, Rebecca Welles born on 17th December 1944. But Rita filed for divorce from Orson on 10th November 1947, which was finalized on 1st December.

Moreover, Hayworth met Prince Aly Khan and began dating. She even left her acting career in 1948 to marry her boyfriend Khan. The duo exchanged their vows on 27th May 1949. They had a daughter named, Princess Yasmin Aga Khan born on 28th December 1949.

However, the things didn’t go well in between the couple and Hayworth got divorced with her spouse Khan on 26th January 1953. She then began dating Dick Haymes. Hayworth and her boyfriend Dick got married on 24th September 1953 but they divorced just after two years of their wedding on 12th December 1955.

Even several divorces didn’t stop Hayworth from falling for a new guy as she began dating her fifth husband James Hill. The couple tied the knot on 2nd February 1958. Unfortunately, the fifth marriage of Hayworth also didn’t work out well and she divorced with her spouse James on 7th September 1961.

Hayworth belongs to American nationality and holds white ethnicity. Since the early age, Hayworth’s father wanted her to be a professional dancer, whereas her mother hoped she would become an actress. At the age of 12, Hayworth began dancing professionally.

Later Hayworth moved to Los Angeles with her family. There she joined her father on the stage in nightclubs. While performing in the stage in Agua Caliente, Mexico, A Fox Film Company producer spotted her and inked her to a contract.

Hayworth’s acting career took a “U” turn when she married her first husband, Edward C. Judson in 1937. Her spouse Edward worked hard to get Rita plenty of press attention in the magazines and newspaper and after a long effort, Hayworth eventually got a 7 years contract with Columbia Pictures.

After playing a few roles in several mediocre films, Hayworth played a notable role as an unfaithful wife opposite to Cary Grant in Only Angels Have Wings (1939). Hayworth gained critical praise from the audiences and she was further offered for several other movies.

In 1941, Rita shared the screen along with James Cagney in Strawberry Blonde and in the same year she also starred with Fred Astaire in You’ll Never Get Rich. Moreover, the same year, Hayworth starred in three big films: My Gal Sal, Tales of Manhattan, and You Were Never Lovelier.

In August 1941, Hayworth posed in a negligee with a black lace bodice and her photo was featured in an iconic Life photo. The photo was taken by Bob Landry which made Hayworth one of the top two pin-up girls of the World War II years.

However, Rita didn’t feel shy. In an interview, she said:

“Why should I mind. I like having my picture taken and being a glamorous person. Sometimes when I find myself getting impatient, I always remember the time when I cried because nobody wanted to take my picture at the Trocadero.“

Moreover, in 2002, the satin nightgown worn by Hayworth for the photo was sold for $26,888. Along with her modeling career, Hayworth continued her acting career as well. Hayworth starred in the movie Gilda in 1946, which helped her gain further recognition.

Rita Hayworth Cause of Death

Rita Hayworth died at the age of 68 on 14th May 1987. The cause of her death was due to Alzheimer’s disease. She was diagnosed with Alzheimer disease in 1980.

In February 1987, Hayworth lapsed into a semi-coma and was kept under the care of her daughter at her own home. But sadly, she passed away after three months in Manhattan, New York City, New York, United States. Her funeral was held on 18th May 1987, at the Church of the Good Shepherd in Beverly Hills.