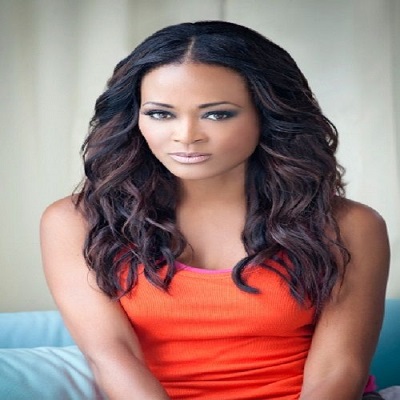 Robin Givens is one of the famous stage, television, film actress, and model who rose to fame after portraying the role of Darlene Merriman on the ABC Network’s sitcom ‘Head of the Class’. Currently, she has a recurring role as Mayor Sierra McCoy on Riverdale.

By allocating information from various sources as of 2019, Robin Givens’ current estimated net worth is over $2 million.

As a famous star, Robin earned a lot of income from her career. She has been featured in several movies and television series where she was paid a handsome salary.

Additionally, Givens also receives a decent sum of money from several brands and fashion lines as an endorsement. No doubt, currently she has a decent lifestyle and is living happily.

Well, Robin Givens can be seen riding several luxurious cars and visiting different exotic places for vacations with her children.

You may like: Cate Blanchett net worth and salary in 2019!

Givens married twice and divorced in the same number, and her current relationship is single. She was previously married to Mike Tyson on 7th February 1988. During their marriage, Givens and her mother purchased a $4.6 million mansion in the affluent area of Bernardsville, New Jersey. Sadly, their married began to fall after her miscarriage in May 1988.

Givens claimed spousal abuse, while Tyson alleged alienation and interest in his money, not in him. As a result, the marriage ended on Valentine’s Day. Newspapers reported that Givens received a divorce settlement of over $10 million from her marriage to Tyson.

But she denied the report, stating:

“I didn’t receive one dime.”

One article, in particular, described her as “the most hated woman in America.”

Did you know before Robin Givens and Brad Pitt were involved in a romantic relationship? Sadly, this relationship lasted only for a year from 1986-1987.

Robin Givens opened up about her ex-boyfriends and dating! Take a look!

Later on, she married Svetozar Marinkovic in 1997, a tennis instructor. However, the marriage did not work out, and Givens filed for divorce months later.

Moreover, Robin Givens dated to Murphy Jensen in the late 1990s and together has a son, William. Givens adopted her first son, Michael in 1993.

Currently, she is 54 years old and is living with her two children.

Robin Simone Givens was born on 27th November 1964 in New York, U.S. She is the daughter of Ruth Roper and Reuben Givens. Growing up in New York City. She was raised by her parents along with her sister, Stephanie. When she was young, her father left her family, and after that, she rarely saw him. Her mother encouraged her creativity and helped her to progress an interest in the arts.

At the age of ten, she attended acting classes at the American Academy of Dramatic Arts in New York City. After completing her schooling from New Rochelle Academy, she enrolled at Sarah Lawrence College and graduated in 1984. Moreover, she also attended Harvard Medical School for two years, but she dropped.

After her graduation, Robin Givens began her career appearing on TV shows such as The Cosby Show and Different Strokes in 1985. With her outstanding talents and skills, she grabbed her big break as a role of rich Darlene Merriman on the sitcom ‘Head of the Class‘ from 1986 to 1991.

Later she returned to acting after her long break appearing in Tyler Perry’s The Family That Preys and House of Payne and Chuck. Likewise, she performed in Broadway The Vagina Monologues.

Furthermore, she starred in the segment Mama’s Boy of TV One’s anthology romance horror film “Fear Files” in 2015. Robin Givens is playing as a Mayor Sierra McCoy on Riverdale in the TV series since 2017.

Being a celebrity, she faced a lot of controversy in her life. In May 2009, Forbes magazine confirmed that she had not paid the tax of $292,000 including interest and penalties.

Moreover, she created a lot of controversies as she hit an 89-year-old pedestrian, Maria Antonia Alcover with her SUV critically wounding her. However, the charges were released which caused a lot of heat and discussion which gave rise to a civil action against her.