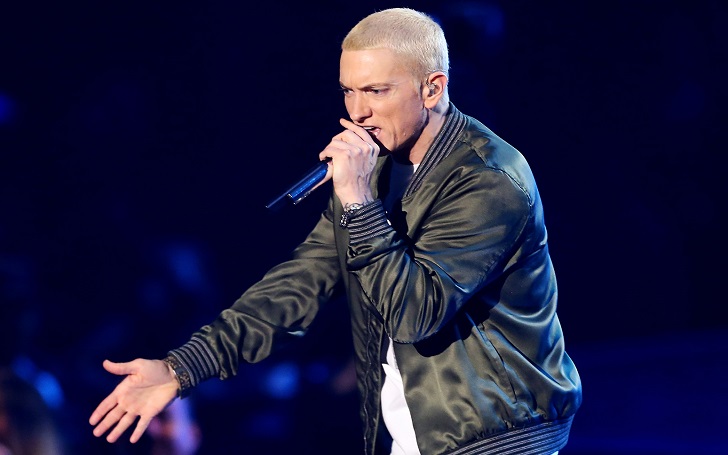 Eminem expressed his views towards Donald Trump through his newly released rap. After Eminem’s performance on stage, we can assume that he is no more fan of President Donald Trump. And he let everyone to know about it. His dynamic rap which went out during BET Hip-Hop Awards was totally against to Trump.

His video cut in a downtown Detroit and has gone instantly viral on Facebook and YouTube. Have a look.

The video is four and half minutes which clearly outlines what he perceives to be the pietism and policies of Trump.

“Now, if you’re a black athlete / You’re a spoiled little brat / For tryna use your platform or your stature / To try to give those a voice who don’t have one,” Eminem continued to rap. “

Eminem raised a fist in salute to former President Barack Obama as well as NFL quarterback Colin Kaepernick, who made headlines by not standing while the national anthem played in 2016.

Eminem walkin out wit his crew after that cypher #HipHopAwards pic.twitter.com/sus1SyKdoO

At the end of his rhyme, he stands against Trump or to stand in front of his middle finger. Fortunately, most of his fans agree with his fiery bars and show support. But Eminem cleared out that he will not be silenced.

What will be a response from the White House after his stage performance in upcoming days? Can you guess? If yes the comment below.