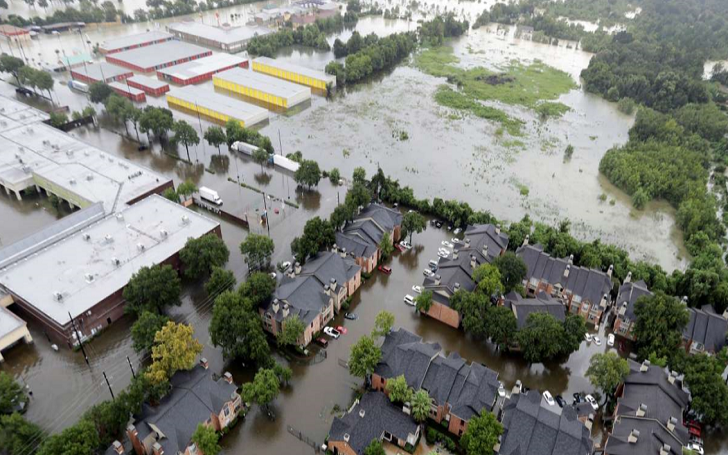 On Tuesday, floodwaters continued to rise but the people believe that the condition of the weather will soon improve. And there was a sign of hope when the sun was seen behind the broken clouds.

Tuesday evening, President Donald Trump arrived in Corpus Christi and visited Texas to look closely the damage from the natural disaster. He said,

“This was of epic proportion. Nobody’s ever seen anything like this,”.

He further added that he was pleased with the response so far, but it was too soon to take a victory lap.

As the record of the rainfall from Tropical Strom, 10 thousand of people fled drown homes. Meanwhile, the level of water continued to rise.

The Storm again return to the mainland

Houston, Harvey made another heavy landfall for the second time on Wednesday on the Lousiana side of the border, west of the town of Cameron, according to the National Hurricane Center and was the biggest rainstorm in the history of the continental US.

The NHC (National Hurrican Center) said that the strome was gradually expected weaken as it moved northeast. The ground is saturated already and the wind will alone be strong enough to damage homes as said by Mr. Jones a meteorologist with the National Weather Service.