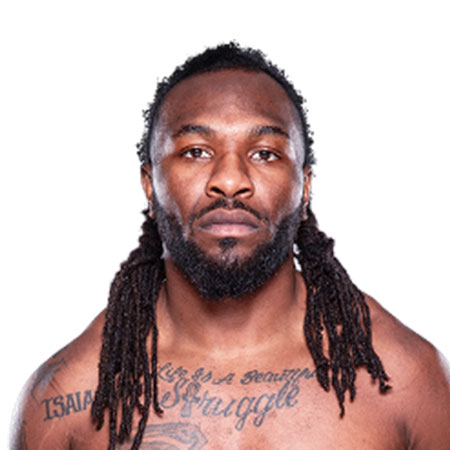 Romero Cotton is an American mixed martial artist who is currently competing in the Middleweight division of Bellator MMA. He started his career in 2017. So far Cotton has a professional record of two wins. He is fighting out of Hutchinson, Kansas. He is also three-time NCCA National  Champion.

Cotton is in a committed relationship. He also has a daughter.

Romero Cotton was born on 6th March 1990, in the Hutchinson, Kansas, United States. He attended Hutchinson High School in Kanas. He has a younger brother named Ja’mon. He is of American nationality. His ethnic background is black.

Cotton was an athlete from a young age. By the time he was 18, he had already won 10 State Championships in three different sports including wrestling.

However, his life took a turn when Cotton and his brother attacked a forty-five-year-old man for courting Ja’mon’s mother. They were arrested and later bailed out. But Cotton violated his probation and he had to serve a thirty-eight-month sentence.

After being released, Cotton attended Nebraska-Kearney University where he got a dual sports scholarship. Prior to this, he attended Nebraska University. He was also involved in football during college. The fighter is also a four-time All American. He is finishing up his psychology degree.

Cotton began his MMA career with Bellator MMA. His first professional debut was against Aaron Rodriguez in Bellator 181. The fight was held in 14th July 2017. He won the bout via split decision taking a total time of fifteen minutes.

Cotton was then pitted against Justin Reeser in Bellator 195 on 2nd March 2018. He performed well in the octagon and won the bout via choke submission in the second round. The bout was over in a total of nine minutes and thirty-five seconds.

The fighter is in a committed relationship with his longtime girlfriend and high school sweetheart, Alex Rizzo. The two have been together for over eleven years. The couple shares a wonderful bond. They are very close to each other. Rizzo is very supportive of Cotton’s career.

The pair welcomed their first daughter on 11th July 2017. Her name is Aliya Francesca Cotton. Romero is a good father. He loves her a lot and spends a lot of time with her. It would not be wrong to say that Romero is a family man.

The two are yet to get married or so it seems. They could have married secretively however, it is not known at the moment.

Cotton has made a decent amount of money from his career. He has shown great potential with two wins. He must have earned a good amount for the fights including win bonuses.

Allocating information from several sources as of 2018 it is found out that Romero current estimated net worth is around $500 thousand. The fighter is still active in his career. We can expect to see more of him in the coming days.