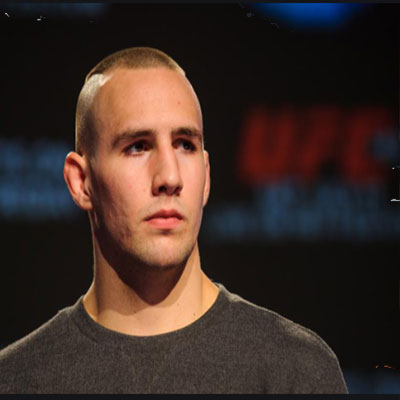 The former King of the Cage Lightweight Champion, Rory Joseph MacDonald is a Canadian mixed martial artist. This season he can be seen fighting on the Bellator MMA. He is the existing Bellator Welterweight Champion.

Rory is engaged to his girlfriend turned fiance, Ashlin Rainbow. He has been dating her since he was 14 years old. The couple has a daughter together form their long romantic relationship.

Born on 22nd July 1989, in Quesnel, British Columbia, Canada, Rory began his training at the age of 14. At the time he trained with David Lea. He was a member of the fight team, Toshido Fighting Arts Academy, Kelowna, British Columbia.

His parents were always supportive of his interest and career choice. Rory belongs to Scottish, Irish and Norwegian ancestry.

Rory MacDonald made his debut in the martial arts world when he was just16 years old. He won the bout against Terry Thiara. He moved to Montreal after his defeat from Carlos Condit and he joined the Tristar Gym.

MacDonald made his debut in King of the Cage by securing a victory against Ken Tran. After his win, he was signed in by the King of the Cage where he maintained a winning streak. He successfully won the title of KOTC Canadian Lightweight.

Later he also won the title of King of the Cage Lightweight Championship. He then after defeated Elmer Waterhen winning the welterweight.

Rory McDonald was then signed by the Ultimate Fighting Championship, he debuted in the fight against Mike Guymon which he won easily. He lost his second match to Carlos Condit.

On 20th November 2010, Rory won the match against Brian Foster. Later on 30th April 2011, he won against Nate Diaz in all three rounds. MacDonald then maintained a winning streak of three but he got injured in 2013, he was scheduled to face with Carlos Condit.

On his return on 27th July 2013, Rory defeated Jake Ellenberger but lost to Robbie Lawler at the UFC 167.

Later on 11th July 2015, a rematch was scheduled with his former victor Robbie Lawler at UFC 189. Even though Rory lost the match, it is still considered a classic match. They both were awarded Fight of the Night Honors. The match also attracted comment from the UFC president.

Rory MacDonald signed with Bellator MMA on 26th August 2016 and debuted at the Bellator 160. He has won both of his matches at the Bellator. Unfortunate on his second match at Bellator 192 on 20th January 2018, he was seriously injured in the shin of his left leg.

Rory is currently engaged to be married to his longtime girlfriend, Ashlin Rainbow. They also have a daughter together. The couple started dating when Rory joined the Tristar Gym when he was 14. Ashlin was born in Vancouver.

Rory is an orthodox Christian and keeps frequenting Church.

The former King of the Cage Rory MacDonald earns a good sum of money in his career. Allocating information from several sources as of 2018 it is found out that Rory MacDonald current estimated net worth is around $1 million.