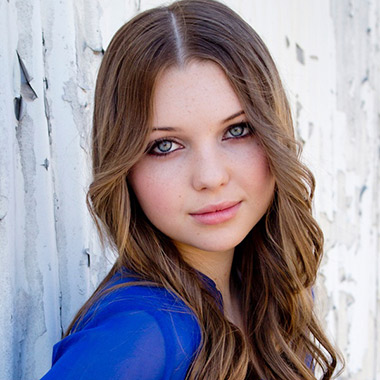 Sammi Hanratty is an American actress born on September 20, 1995, in Scottsdale, Arizona, who is well known for her character as Chrissa in “An American Girl: Chrissa Stands Strong”. She portrayed the character Whitney Brown in the movie “The Greening of Whitney Brown”. She had a minor role in big hit movie “Pirates of the Caribbean: Dead Man’s Chest”.Sammi was born in Scottsdale but raised in Los Angeles. She has three brothers and four girls and she is the youngest among them all.

Sammi Hanratty was seen opposite to Lacey Chabert in ABC’s film Hello Sister,Goodbye, Life. In the movie, Sammi is a seven-year-old kid and she is taken care by Lacey Chabert in who is a college girl. She also appeared as character holly in the TV series “The Suite Life of Zack and Cody” which is about identical twins. Holly is a recurring role on its second and third season. She played an elf in the movie “The Santa Clause 3: The Escape Clause”.

In 2006, she appeared in the movie Stephen King’s Desperation. She had appeared recurringly in the series “The Unit”.In 2013, she starred in “The Christmas Spirit” alongside Nicolette Sheridan and Olympia Dukakis. She also starred in Mon’s Night Out as a daughter of Patricia Heaton in 2014.Before doing any series or movies she did a couple of advertisement for Pringles. In 2007, she was nominated for Young Artist Award.

She had appeared as a guest in series like Pushing Daisies, Mad Men, The Saint Monday Mornings and The Suite Life of Zack and Cody. Mad Men is an award-winning series. Sammi also appeared in “That’s so Raven” as a guest. She is associated with Raven Symone and Stella Hudgens.

In 2012, she played as Carrie in the movie Amazing Love.In 2013, she appeared as Abby in the movie Second Chances and as Allie in the movie The Lost Medallion:The Adventures of Billy Stone. Her 2014 movies are Zoe Gone and Mon’s Night Out. She plays Jennifer Lynne in Zoe Gone.Sammi’s 2015 movies are Bad Kids Go 2 Hell which is in post-production stage. She is also acting as Cindy Sheffield in a television film Seeds of Yesterday.

Her 2014 series are “Salem”, Chosen, Stalker, and Perception. In 2015, she played Zoe Mitchell in the series How To Get Away With Murder in episode names “Skanks Get Shanked” and she played Kemberly in “2 Broke Girls” in episode “And the Knock Off Knockout”.

Sammi Hanratty was Nominated for Best Performance in a TV Series in 2007 and 2008 for her role in The Suite Life of Zack and Cody. You can follow Sammi Hanratty on Twitter and Facebook and see her pictures on the internet.