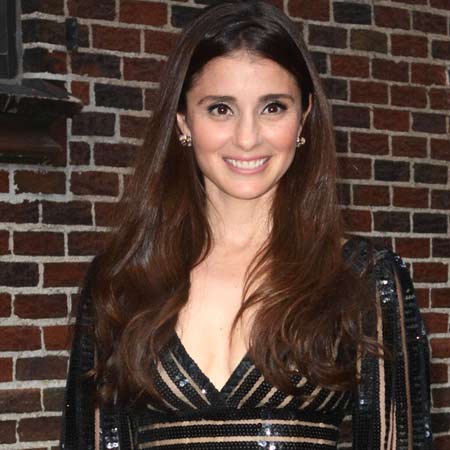 Shiri Appleby is an American actress better known for her lead roles in television series including UnREAL and Roswell. Furthermore, is also known for her roles in NBC drama series Chicago Fire and the HBO comedy-drama series Girls.

Throughout her career, Appleby has been nominated for several awards including Young Artist Awards and Teen Choice Awards. Appleby is married to Jon Shook and has two children.

Shiri Appleby was born on 7th December 1978, Los Angeles, the United States as Shiri Freda Appleby. She is the daughter of Dina Appleby a Jewish school teacher and Jerry Appleby, a telecommunications executive. Furthermore, her mother was also an actress in Israel.

Appleby and her brother Evan Appleby were raised in Calabasas in Los Angeles County. In 1997, Appleby graduated from Calabasas High School and from 1988 to 1999 she attended University of Southern California. Well, she completed her degree in psychology from the University of Phoenix in 2012.

Appleby began her acting career at the age of four by appearing in advertisements of various products like Cheerios and M&M’s. The reason for her to start acting career was that her parents were concerned that she was shy and introverted during her childhood.

However, her first advertisement for Raisin Bran never aired. In 1987, Appleby made her guest appearance in a television program thirtysomething. She further appeared in other programs such as Doogie Howser, M.D., ER, Baywatch, Xena: Warrior Princess, etc.

Well, Appleby’s breakthrough came after she portrayed the role of Liz Parker in the series Roswell from 1999 to 2002. Likewise, she also appeared on ABC drama Six Degrees in 2006. Appleby made her first movie debut in 1987 through The Killing Time as Annie Winslow.

After that, she starred in other movies such as Family Prayers, A Time for Dancing, Swimfan, etc. Moreover, in 2012, Appleby starred as well as produced Dating Rules from My Future Self where she played the main role.

Later that year, in 2013, Appleby starred in HBO series Girls which helped her earn more recognition. Well, her recent movie includes Lemon where she played the role of Ruthie. Furthermore, Appleby currently appears on Unreal as Rachel Goldberg since 2015.

Along with her successful career, Shiri Appleby has a successful family life too. Appleby got engaged to her boyfriend Jon Shook in July 2012 after dating for two years. Jon is a chef and restaurateur and is also the co-owner with Vinny Dotolo of Los Angeles restaurants Animal, Son of a Gun, Trois Mec, and Jon & Vinny’s.

Joh mentioned that he met his future wife Appleby through his business partner Dotolo’s wife. The couple welcomed their first child a daughter Natalie Bouader Shook on 23rd March 2013, and their second child a son Owen Lee Shook on 17th December 2015.

The couple is living happily with their children, and yet they haven’t been the part of controversy regarding their divorce and other affairs. Besides this, Appleby also dated other stars including Zach Braff from 2007 – 2008, Jason Behr from 1999 – 2000 and Rob Bourdon from 1992 – 1999. Furthermore, she also once dated Steve Shields.

Since a long time, Appleby is still active in the field of acting. And till date, Appleby has starred in several movies and television series through which she has earned a decent amount of money. Allocating information from several sources as of 2018, it is found out that Appleby current estimated net worth is around $1 million.

In 2016, Appleby kept her West Hollywood Cottage on sale for $1.8 million. The home coves the area of 1,600-square-foot and features a separate kitchen, separate living, dining, and bedrooms. It also has a separate guest room and a swimming pool. Appleby bought the house back in 2001 for $725,000.