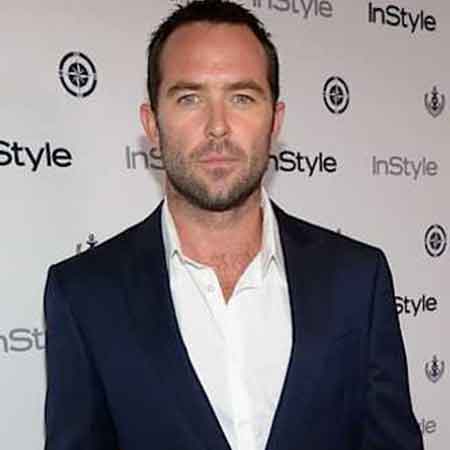 Sullivan Stapleton is an Australian actor who is best known for his roles in the series including the Animal Kingdom, Strike Back and so on. Besides, he is also one of the renowned actors of  2014 American epic historical fantasy war film, 300: Rise of an Empire where he played a role of Greek Leader, Themistocles.

The talented and handsome actor, Stapleton is currently living a single life. Previously, he was in the relationship with then-girlfriend, Carla Bonner. However, the couple separated after dating for approximately a year. Let’s find out detail about Stapleton and his personal life, sister, brother, age, nationality, early life, career, salary, girlfriend, relationship, affairs, break up, net worth, lifestyles and much more. Stay with us!!!

Sullivan Stapleton was born on June 14, 1977, in Melbourne, Victoria to Australian parents, He grew up along with his younger sister, Jacinta Stapleton and younger brother, Joshua Stapleton who are also involved in acting. Sullivan and his sister joined an acting and modeling agency at their very young age after their aunt gave an idea.

He then attended at Melbourne’s St. Martin’s Theatre. Besides, he also attended at the Sandringham Secondary College where he studied drama and theatre.

Sullivan Stapleton received his actors’ union card in Australia at the tender age of 9.  He started working as an actor by the age of 11. His first onscreen performance was in the 1994 Australian TV movie, Baby Bath Massacre where he played a role of Adrian.

Besides, before landing a role as Josh Hughes on the Australian soap opera Neighbours in 1998, he appeared in a string of relatively unknown features and homegrown dramas.

Youtube: Sullivan Stapleton talks about 300 Rise of an Empire;

Currently, he is working on the television series, Strike Back and Blindspot portraying a role of Sgt. Damien Scott and  Kurt Weller respectively.

The 40 years old actor, Sullivan Stapleton is currently living a single life. He has not got engaged in any love affairs. Besides, he seems to be concentrating on his acting career.

However, talking about his past days, he was in the relationship with an Australian actress, Carla Booner. The couple started dating each other since 2007. However, their relationship was only for a brief time. They separated after living together for almost a year.

Right after his first break up, Sullivan has been living a single life. He might have linked with several women but till the present context, he has not confirmed anyone as his future wife.

Sullivan Stapleton makes a good sum of money from his acting professions. As of 2018, the exact figures of net worth is estimated at around $3 million.