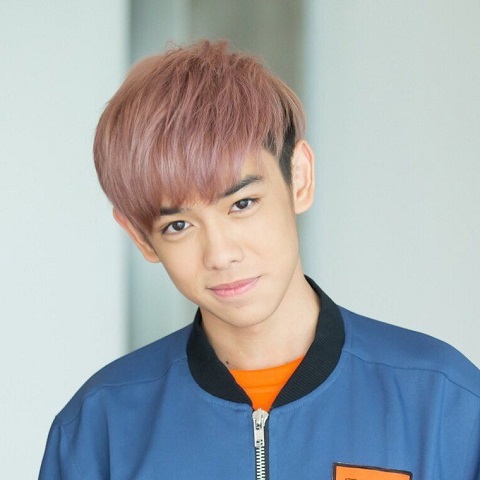 Third Lapat is a teen sensational Thai actor and a pop singer, who is often known as Third or Third Kamikaze. Moreover, he is also known for his hit song “Love Warning,” which till now has gathered over 45 million views on YouTube.

Lapat current relationship status is single, but he was spotted with Nutcha Jecka in many places.

Born as Third Lapat Ngamchawen on 24th November 1998, he is a Bangkok resident from Thailand. His mother name is Ketsara Limpananon, who is also a social media gaining a massive number of following Instagram as Third’s mother. Lapat also has a sister named, Biba, a social media sensation known for her interest in fashion.

Third Lapat’s is supported by his family and he has revealed that his father watches his videos and reads the comments more often than he does. Regarding his education, he attended New Sathorn International School.

Third Lapat from an early age developed a huge interest in acting, but later he chose a singing career and is a huge singing sensation by now. He took music classes for two years before releasing his first single. After learning music for around two years, he joined Kamikaze’s YouTube Channe, from where his career started.

He is also featured in many advertisements like McDonald’s, KFC, Pizza Hut, and Ovaltine. Lapat recently has dropped his new single  ‘Love Warning’ with the help of his music crew which is gathering a lot of positive responses.

Third will soon be starring in a new TV serial but the details regarding the upcoming Serial isn’t revealed by the musician yet.

On 17th March 2017, his mother posted a photo on her Instagram account which featured him and his labelmate Porsche V.R.P. Moreover, Third Lapat has been a part of the youtube channel “welovekamikaze, which has more than 4.2 million subscribers.

This sensational celebrity, Third Lapat has currently reached 18 years of age. The singer-actors attractive looks can undoubtedly amaze any ladies. His cute looks and amazing singing ability have gathered a lot of exposure and celebrity status at a very young age.

His fans are very curious to know about his personal life and are seeking for information regarding his personal life as well as his dating history. Well, his current relationship status is single, but he was spotted with Nutcha Jecka in many places.

These two cuties have also posted their photo on Facebook. However, they haven’t revealed about their relationship but seeing their chemistry we can guess that there might be something gossipy.

Third Lapat is a rising star and is an inspiration for the new generation of musicians who want to pursue their career in this entertainment industry. Being a well-known personality, he has appeared in commercials for McDonald’s, KFC, Pizza Hut, and Ovaltine.

His song “Love Warning” garnered over 45 million views on YouTube. Third Lapat surely earns a handsome salary from his career however he has not revealed on social sites.