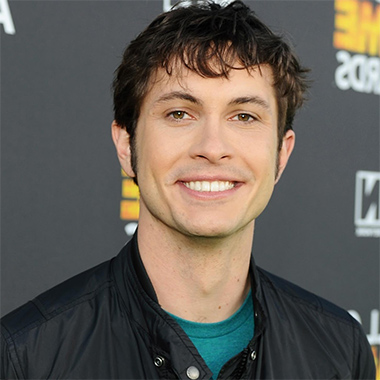 Toby Joseph Turner a.k.a. Toby Turner or stage name Tobuscus, is an American internet sensation, musician, actor, and comedian. He is well recognized for his YouTube videos and for numerous TV and film roles. What’s more, he has over 16.62 million subscribers and over 3.78 billion video views over his three YouTube channels.

Turner is possibly single and unmarried the moments. Furthermore, his net worth in 2019 is estimated at $6 million.

Toby Turner has an estimated net worth over $6 million as of 2019. The significant source of his income is his youtube channel and also makes decent sum through his acting career.

His salary from his channels are listed below the table:

In his early thirties, Toby is 5 feet and 10.5 inches tall with moderately build body. Considering hazel eyes, brown hair, and charming face, he is no doubt “HOT”.

He is currently single but had 5 girlfriends in past: naming them are Olga Kay, April Fletcher, Justine Eskirik, Tanya Bershadsky, and Cassidy Jude.

He loves Thai food. He is allergic to cats and has asthma.

Born on March 3, 1985, in Osborn, Mississippi to father William Turner and the mother Jackie Turner, he has 2 siblings: Sister Angine Turner and Brother Billy Turner. He grew up in Niceville, Florida, together with his siblings.

Toby graduated High School in 2003 from Niceville High School of Florida. Since childhood, Toby desired to work with cameras and films.

Upon graduation, he joined the University of Florida to study microbiology. However, he ended college graduating with a degree in telecommunication production, which was the nearest available degree to follow his childhood interest, to make films.

He moved to Los Angeles, California in 2008 after achieving success as a YouTuber. He lives there till the date.

Toby Turner career began when his mother aided him to buy a camera, which helped him to start his career as a YouTuber. He joined YouTube on May 14, 2006, creating a channel under the name “Tobuscus”. His first video on YouTube channel was “What I’d do with the Remote from Click”.

One of the popular early videos he posted was “Don’t Tase Me, Bro”, where his friend is stunned with a taser gun by a police officer. Since then his channel has focused on comedy and funny stuff. Toby earned mainstream recognition from a popular series “Literal Trailers”. Later he created other channels named “Toby Turner” and “TobyGames”.

TobyGames featured playing video games (which included Minecraft and Happy wheels series).  Toby also collaborates with other YouTubers on various projects. Some of his collaboration works are guitar performance with Joe Penna in 2009, “Little Big Planet 2” in 2010, “Tobajckscus” and “Dubstep Tobuscus”.

Toby’s profession as an actor started with a romantic comedy film New Low in 2010, in which he played the role of stand-up comedian Dave. He starred in a psychological horror film Smiley in 2012. Turner also played the role of Neville in The High Fructose Adventures of Annoying Orange, an animated series by Cartoon Network.

Apart from video production and acting, Toby has also worked on advertising campaigns for major companies such as Disney, NBC. He has also worked with Fox, Timberland, Pop-Tarts, Outbox on online commercials.

Toby has also hosted multiple events and programs including “Set Me Free Tour” for MTV in August 2009 and holiday special web shows for Comedy Central, Spike, and VH1. Turner was also nominated for the best host Streamy Awards in2013.

He also worked on a successful fundraiser for a video game, which was based on Tobuscus Adventures in Indiegogo, a crowdfunding website. It can be said that Turner had a versatile professional life and doesn’t hesitate to try new things.