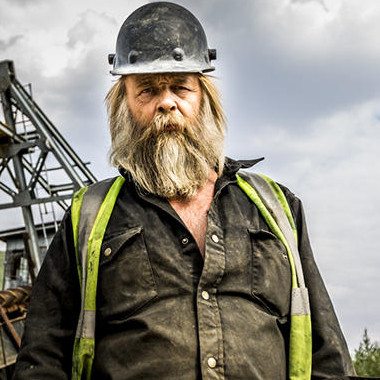 An owner of the Tamarack Mine and reality television star, Tony Beets, well known for Discovery Channel show, “Gold Rush”. He is a legendary in the Klondike for his gold finding skills as he is for his colorful language. Beets is a part of the show since it’s the second season.

As of 2019, his net worth is estimated $15 million. Furthermore, his wife Minnie is a significant part of his business who helps handle the company’s paperwork as well as accounting. The couple together has four children, all of whom work for the family business.

The significant source of Beets’ income comes from the business in gold and Gold Rush reality show. According to the source, he makes $150,000-$200,000 per episode of Goldrush. Furthermore, Beets is ranked the richest in the gold rush cast.

Not to mention, he is an owner of the Tamarack Mine, which adds tremendous wealth to his net worth.

As of 2019, his net worth is approximately $15 million. He has been a miner for a long time, hence collecting this enormous net worth. He owes his success to his lovely family members who supported him in his gold mining enterprise.

Tony and his then-girlfriend-now-wife, Minnie started dating when Minnie was 20 years old. She was his neighbor. After dating for long-time, they tied the knot 1984.

Following Tony to Canada, Minnie worked in home healthcare, retail. Now, Minnie has been the bookkeeper at Paradise Hill for over a decade. She controls the purse strings tightly and frequently argues with Tony over the fortune he is pouring into the dredge.

She is the only person Tony cannot say ‘no’ to. Minnie shudders at the thought of it herself: “If he knows I can do it, I’ll never be able to get out of it.” 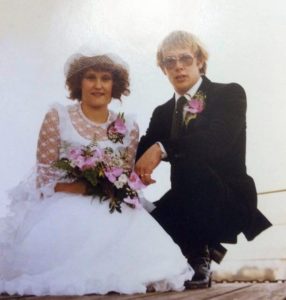 What’s more, the couple has four children named, Monica Beets, Mike Beets, Bianca Beets, and Kevin Beets. Unfortunately, their fifth daughter Jasmine died at the age of 2 months, who was born in 1992.

Tony Beets was born on December 15, 1959, in Wijdenes, Netherlands. At the age of seven, he moved with his English parents to the country and settled in Burgwerd. After his father sustained a debilitating event, Beets had to take over the family farm, which meant he usually found himself in charge of men who were more than twice his age.

“I became the boss at a very early age,” Beets said. “So I decided I had to become equal or better than the people who worked for me. My whole life, wherever I went, if I wasn’t a foreman within a week… well, I’ve always kept one step ahead of the rest of them.”

Skeptical about the future of farming in the Netherlands, Beets and his new wife Minnie immigrated to Canada in 1980. Beets began out on a dairy farm near Salmon Arm, B.C. Within a couple of months, a new goal had set in his mind. “I heard through the grapevine that people in the Yukon were making $1,000 a week in the mines (equivalent to over $3,000 per week in today’s dollars). I figured I was going to make the same thing.”

Beets purchased a plane ticket and traveled to Whitehorse, but he arrived too early in the season to get a gold mining job. So he turned to the farm for a few more months, before transferring the milking machines of B.C. for the oil pipelines of Alberta. While in the oil patch, he eventually settled a job in a Yukon gold mine, and he has not looked back since.

In 2010, Tony Beets and his family debuted in season 2 of the “ Gold Rush “, from the Discovery Channel. He works with his Beets Crew at Paradise Hill on the Paradise Hill claim. The series gives a picture of the daily routine and problems in the search for gold in the desert north of Canada. It was featured several seasons and has aired more than sixty episodes.

The series became among one of the most liked series on the channel because of the strong personalities of the show as well as drama and tension created between the active gold diggers and miners keep the audiences entertained. He beats appeared in season two as well as season four of Gold Rush.

He is one of the most successful mining operations in the Klondike which has reappeared in season four leasing land to Parker Schnabel, who he coached through his rookie season of gold mining in the Klondike. A force to be considered with, after pulling in 737oz with his dredge last season Tony is lighting on all cylinders. Not only is he planning to pull in serious gold with his dredge, but he’s also gone and bought another one.

This season Tony is going to have to juggle his mining operations, securing Paradise Hill and his dredge is flowing smoothly all while shipping his latest purchase, a second huge dredge, 100 miles along the Yukon River. Tony spent one million dollars buying the dredge and assumes it has the potential to mine up to $1.5m in gold in just one season.