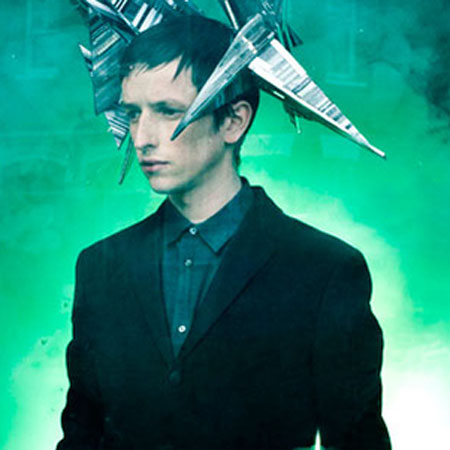 Totally Enormous Extinct Dinosaurs is a popular British electronic music producer, singer, and DJ. He is widely known for his unique performances wearing a variety of flamboyant costumes. His birth name is Orlando Tobias Edward Higginbottom.

Apart from his music career, he has thousands of followers following on his social networking sites like Instagram and Twitter. As of 2017, his net worth is under review but analyzing his works; he seems to be making money in million dollars.

Talented and hardworking, Orlando has played a defensive role towards his personal life. It is hard to know that whether he is married or not. However, he often posts photos with Australian DJ, vocalist, producer, and songwriter, Anna Lunoe hanging out in various events. Now, Anna Lunoe is married to Marc Hendrick and is expecting a child.

Also, Orlando also posts children photos on Instagram. As Orlando is too secretive regarding his personal life, we just can’t confirm anything.

Orlando Tobias was born on March 7, 1986, in London, England. He is a son of professor Edward Higginbottom who used to work in New College, Oxford.

He completed his primary education at the Cherwell School. Having an interest in music since childhood, he joined Royal Academy of Music where he learned many things about sound. At the age of 13, he started DJing and working for the musical productions under the name of Totally Enormous Extinct Dinosaurs.

Besides his music career, Orlando has also produced music for BBC Sound of 2014 and has composed two songs with American artist; Bedroom Wall and Warm Water. Furthermore, he toured the world’s best-known festivals including, Parklife, Secret Garden, Sonar, etc.

At present, his live show has been placed on hold. He is focusing on DJ and busy on recording a new album.