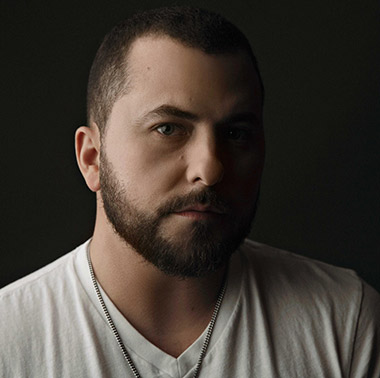 Tyler Farr is a good looking American country music singer as well as a songwriter. In September 2013, he released his debut album Redneck Crazy which charted at No. 2 on the US Country charts.

Tyler Farr married to his long-term girlfriend Hannah Freeman on 10th October 2016 in Nashville. The couple shared their vows in front of 220 guests which was held at an outdoor ceremony.

Tyler was born as Tyler Lynn Farr on 5th February 1984, in Garden City, Missouri. He studied voice at the Missouri State University. Regarding his ethnicity, he is white and holds American Nationality.

He co-wrote the songs “She’s Just Like That” for Joe Nicholas and “Hey Y’all” for Colt Ford. He released his debut single “Hot Mess” in 2012, which was co-written with Rhett Akins, Dallas Davidson and Ben Hayslip. His single was rated with four stars out of five by Billy Dukes of Taste of Country and reached No. 49 on the Billboard Hot Country Songs chart.

Afterward, Farr moved to Columbia Nashville from his original label BNA Records. After moving he released his second single “Hello Goodbye”. The song was written with Skip Black and Kris Bergsnes. The song reached No. 47 on US Country Airplay and at No. 52 on the US Hot Country Songs. In October 2012, the video of the single was released which was directed by Darrin Dickerson.

On 28th October 2010, the single was certified Platinum by the RIAA. In April 2013, the music video for the single was premiered which was directed by Jeff Venable.

Furthermore, Farr released his fourth single “Whiskey in My Water” which became the top 3 hit. The single reached No. 73 on Canadian Hot 100, at No. 10 on Canada Country Billboard, at No. 52 on US Billboard Hot 100, at No. 3 on US Country Airplay and at No. 11 on US Hot Country Songs. The single was certified gold by the RIAA. On 30th September 2013, he released his debut album “Redneck Crazy” including his all four singles.

On 28th April 2015, he released his album “Suffer in Peace”. The first single from the album is “A Guy Walks Into a Bar”. The single became No. 1 country hit. The song reached No. 7 on the Hot Country Songs chart and at No. 51 on the Billboard Hot 100. The single was certified gold by the RIAA.

In June 2015, the music video for the single was premiered and was directed by Eric welch. On 17th August 2015, he released his third single “Better in Boots”. The single reached No. 49 at the US Country Airplay.

Tyler Farr married to his long-term girlfriend Hannah Freeman on 10th October 2016 in Nashville. The couple shared their vows in front of 220 guests which was held at an outdoor ceremony. Hannah and Tyler met each other in 2012 and dated 3 and a half year before getting married.

The duo is living happily together and there is no any sign or rumors of their divorce till date. They haven’t welcomed any children till date.

Tyler Farr Earning and Net Worth

Being a successful singer, Tyler Farr has earned a good sum of money in his career. His several songs are successfully hit and peaked top in the Billboard chart so there is no doubt that his songs have not only won the heart of millions but also able to make a tremendous amount of money as well.

Allocating information from different sites and social media, we are able to collect the list of income Tyler Farr generates in every year.

Tyler Farr earnings according to years:

Tyler Farr Income from an album

As Tyler has huge numbers of international fan following, he often takes a tour around the globe. Additionally, he also earns a decent amount of money from several fashion lines and endorsements. Allocating information from several sources it is found out that his net worth as per 2018 is around $3 million.