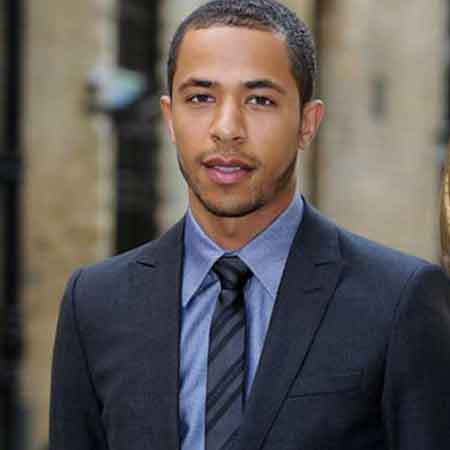 Ukweli Roach is a British actor and choreographer who is best known for his portrayal of Dr. Robert Borden in NBC’s drama series Blindspot. He began his acting career in 2010. The actor has credits for numerous TV shows and movies. He has won the hearts of many people with his brilliant acting skills.

The actor is not single. He is dating someone rather privately. Today, in this digest we will be exploring his early life, education, career, dating life, net worth, family, and many more. So, stay tuned.

Ukweli Roach was born on September 22, 1986, in Derbyshire, England. His mother is English whereas his father is Guyanese. He was brought up in Woolwich. Regarding his nationality, he is British. The meaning of his name is truth in Swahili.

As for his education, Roach studied acting in London’s Royal Academy of Dramatic Art. He graduated in 2009. Roach had first applied to study law but later chose acting. Roach was very keen on dance and acting as a child. He attended dance classes at the Pineapple Studios. He was also the member of National Youth Theatre.

The actor’s first professional job was as a dancer for Mariah Carey’s Monaco in 2004. He was only 18 at the time. Apart from that, he has appeared in a music video for Kylie Monologue. He is also a co-founder of Birdgang Dance Company which was established in 2006.

Aside, Roach appeared in the 2010 Street Dance 3D. He has film credits for Venus & the Sun, Shakespeare’s Globe: Romeo and Juliet,  and StreetDance: The Moves and One Day.

He rose in popularity when he got the role of Tom Greening in Eternal Law in 2012. Furthermore, he has starred in various TV shows including Starlings, Drifters, Silk, The Royals, and Hard Sun.

Roach’s breakthrough came when he landed the role of psychiatrist Dr. Robert Borden in series Blindspot in 2015. The series is still going on and stars Ashley Johnson, Jaimie Alexander, Sullivan Stapleton, and Michelle Hurd.

The 30-year old actor is not married yet. However, he is not single. So far, Roach has not revealed his relationships to the public. However, judging from his social media account, he seems to be dating fellow actress named Nadia Sohawon. Roach has shared a few pictures of them together. See them for yourself. The two also took a vacation to Mauritius.

The two seem to in a relationship since 2016. They are not very open about the relationship. However, the few pictures of them on their social media shows them to be together for quite some time.

Roach has managed to earn a huge sum of money from his successful acting career. He has worked on numerous movies and TV series. Likewise, he also has a dance company. This must pay him well. The exact figure of his salary is unknown. Nevertheless, as of 2018, Ukweli Roach’s net worth is estimated to be around $1.6 million.

The actor leads a comfortable lifestyle. He is still active in his career. We can definitely expect to see more of him in future.