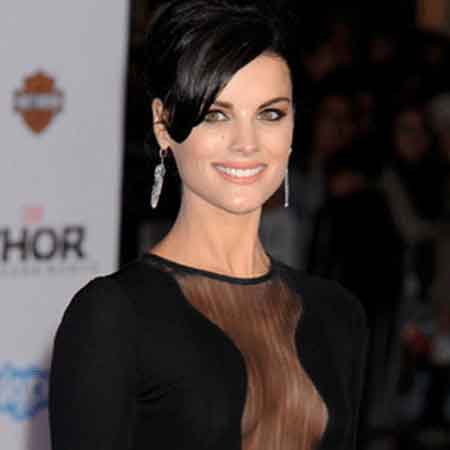 The American actress, Jaimie Alexander is well known for portraying the role of Sif in movie Thor. She is a talented actress. Alexander has worked in many movies and TV series alike. She has also won Action Icon Award for her performance on Blindspot.

The actress is currently in a relationship. She is dating a fellow actor Tom Pelphrey. Prior to this, she had other relationships as well.

Born as Jaimie Laurel Tarbush, Alexander is a native of Greenville, South Carolina. She was born on 12th March 1984. She has three older brothers and a younger one. She is the only girl among five children.

She moved to Grapevine, Texas with her family at the age of four. Regarding, Alexander’s nationality she is an American.

As for her education. Alexander attended Colleyville Heritage High School. She was interested in acting since her grade school days where she took theatre. Later, she was kicked out from her high school theatre because she could not sing. She was also a member of her high school wrestling team.

Alexander met a scouting agency at the age of 17. After her graduation, the actress moved to Los Angeles to pursue her acting career. Alexander made her debut in 2004 with the movie Squirrel Trap. Alexander then appeared as the lead character in the low budget award-winning movie The Other Side in 2006.

The actress’s debut on the small screen was through the Tv series It’s Always Sunny in Philadelphia in 2005. She then appeared in many TVshows including Stand Off, Bones, Nurse Jackie, CSI Miami, Perception, The Brink and many more. She is famous for her role as Jessi in the TV series Kyle XY.

Alexander has also starred in numerous movies including Rest Stop, Love &Other Drugs, Loosies, The Last Stand, Collision, Broken Vows and more. She was cast as Sif in Thor and its 2013 sequel alongside Chris Hemsworth. The actress later reprised her role in the Tv series Agents of S.H.I.E.L.D.

The 34-year- old is not married yet. Alexander is currently dating actor Tom Pelphrey. The two have been dating for some time now. It seems that their relationship started in early 2018. The couple looks happy together. They have shared some pictures of them together in their social media. Check them out below.

Prior to this, the actress was dating stunt person from Arion Armstrong.  The two were dating from 2016 till 2017. The reason behind their separation is unknown. They made a cute couple while it lasted.

Furthermore, Alexander was engaged to boyfriend Peter Facinelli on 16th March 2015. The two met at the set of Loosies in 2012. However, in 2016, the two called off their engagement citing busy schedules as the reason. Peter was married to Jennie Garth for 11 years and divorced in 2013 before he began dating Alexander.

Now, Alexander is happy with her new beau Pelphery. They have just begun their relationship and so far there have been no rumors of their separation.

The actress has earned a good amount of money form her successful acting career. She has appeared in many movies and TV shows. Allocating information from several sources as of 2018 it is found out that Jaimie Alexander current estimated net worth is around to be $4 million. She reportedly earns a total of $470,000 annually.

Moreover, Jaimie also receives a decent amount of money from several fashion lines and brands as an endorsement. Alexander starred in the movie Thor which has earned $854 million. She must have got a hefty amount from the movie. The actress is leading a comfortable lifestyle.