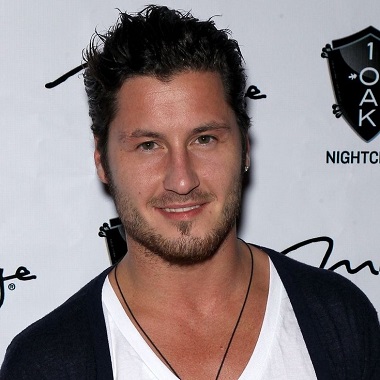 Ukrainian ballroom dancer and choreographer, Valentin Chmerkovskiy is best known for his appearances on the U.S. version of “Dancing with the Stars.” He is a two-time World Latin Dance Champion and a 14-time U.S. National Latin Dance champion.

Valentin Aleksandrovich “Val” Chmerkovskiy was born on March 24, 1986, in Odessa, Ukrainian SSR, Soviet Union. He is the son of Lariss Chmerkovskiy, a Christian and father, Aleksandr, a Jewish. His older brother, Maksim Chmerkovskiy is also a professional dancer who likewise appears on “Dancing with the Stars.” 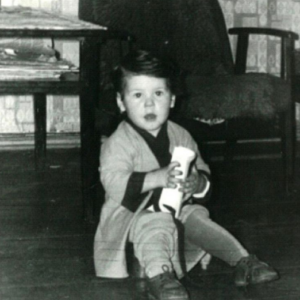 At the age of seven, Chmerkovskiy got his desire for dancing. He along with his family migrated to New York at the age of 8 in 1994 old and grew up in Brooklyn. In 1996, his father and his elder brother opened a youth-oriented dance studio in New Jersey. Val enrolled at Pace University at the New York City Campus and majored in Business Management.

By the age of twelve, he participated his first overseas competition “The German Open.” Val and his brother Maks made the history of being the only two United States couples at the German Open. Val won his first IDSF World Championship when he was 15 and became the first American to do it.

Dancing with the Stars

On October 5, 2010, he appeared on the season 11 results show, performing music and dance duel against Mark Ballas. While completing the song “Toxic” by Britney Spears, he played the violin and performed along with Lacey Schwimmer.

In season 13, Chmerkovskiy partnered with model/actress Elisabetta Canalis, and for season 14, he companioned with Sherri Shepherd, comedian/talk show host. For Season 15, he danced with season 1 winner, Kelly Monaco and for Season 16, he danced with Disney Channel’s “Shake It Up” star, Zendaya.

He has similarly performed with the stars such as Elizabeth Berkley Lauren, Danica McKellar, Janel Parrish, Tamar Braxton, Ginger Zee and Laurie Hernandez.

Chmerkovskiy performed with Fifth Harmony singer, Normani Kordei for season 24. The two hit the dance stage at “Dancing With The Stars” show after gaining an excellent score of 40 out of 40. And Second time, by getting the perfect score, unsurprisingly, they are now assumed to place themselves in the final four.

From 2012 to 2013, Chmerkovskiy briefly dated an actress, Kelly Monaco. The couple met on the show “Dancing with the Star” on the 15th season of the show. He also dated to Chloe Bennet, an actress. He also had an affair with Jenna Johnson, a dancer in 2016.

In 2014, Valentin was in a relationship with Janel Parrish, with whom he partnered in the 19 season reality show “Dancing with the Stars.“

Chmerkovskiy and  Amber Rose met through his brother, Maksim. The couple met at the time when Amber was dancing with Maksim in a dancing show “Dancing With The Stars.” The rumors became to romance after they spotted together at a birthday party, holiday events and other functions such as Maksim and Peta’s baby shower and they appeared cozy. Their relationship was not public until then, but it came out in 2017 and posted a photo of their kissing pictures on Instagram. 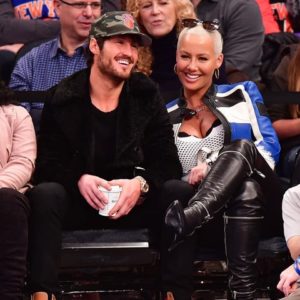 But after the news about their romance was public, the couple again grabbed media attention through their broke up. The relationship ended after dating five months. Val confirmed their separation news via Twitter, where he also posted something about how he is feeling.

The 6 feet star holds a Ukrainian nationality and belongs to Ashkenazi Jewish/Ukrainian ethnicity. Chmerkovskiy undoubtedly earns an attractive salary from a career which adds up the current net worth of $1.5 million. Most of the income source from his dancing career and brand endorsements.