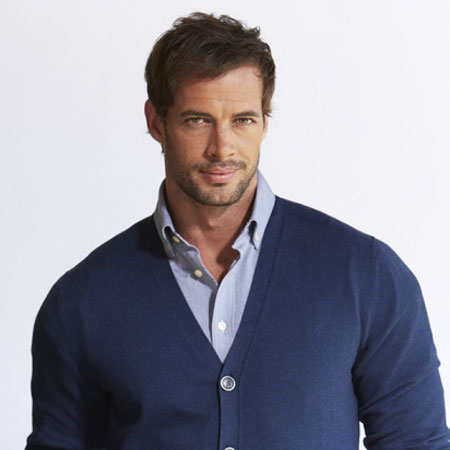 William Levy married Mexican-American actress, Elizabeth Gutierrez in 2003 but the couple separated after living together for almost eight years.

William Levy was born on 29th August 1980, in Comjimar Havana, Cuba, to Carlos Gutierrez, father, and Barbara Levy, mother. He has a brother, Jonathan, and sister Barbara Gutierrez Levy.

William moved to Miami, Florida at the age of fourteen. After completing his high school, he joined St.Thomas University on a baseball scholarship. At St.Thomas, he studied Business Administration for two years and shifted to Los Angeles to study acting.

The handsome and talented actor, Levy began his career as a model for the Next Models agency. At the same time, he also appeared in two reality shows Isla De La Tenetacion and Protagonistas, broadcasted by Spanish television network, Telemundo.

In 2006, William made an appearance in the television series, Mi Vida Eres Tu as a Federico. After three years, he then appeared on film Planet 51 portraying a role of Captain Charles Chuck Baker.

He won the Premios Bravo Award for playing a role of Vasco Darien in the series, Pasion. Besides that, the diligent actor has also won awards such as Premios Juventud, Premios TVyNovelas, Premios Casandra, and Califa de Oro awards.

On 2nd May 2011, William appeared in a music video of popular singer, Jennifer Lopez‘s I’m Into You. Right after that, he gained a huge exposure from his new audience.

William then appeared in two episodes of the VH1 television series, Single Ladies along with Denise Vasi. More recently, he appeared in the film Girls Trip and The Veil. Similarly, he is working for his upcoming film, A Change of Heart.

William Levy Personal is currently living a single life. He married Mexican-American actress, Elizabeth Gutierrez in 2003. However, the couple separated after living together for almost eight years. They have two children from their relationship; a son Christopher Alexander and daughter Kailey Alexandra.

Currently, William lives with his children and they seem to be living a happy life given that, he often post their photos on Instagram.

Since his separation from his wife Elizabeth, he has not engaged in other love affairs. Neither, there are any news or rumors of his extra relationship spread in the air.

Cuban-American actor, William makes a decent amount of money from his acting professions. Till the date, he has appeared in the multiple television series and films including; Resident Evil, The Veil, La Tempestad, Sortilegio, etc.

Apart from his acting career, he also appeared on People en Espanol’s 50 most handsome men list. Likewise, he was named as one the sexiest men by Quien.

William has increased his net worth through his various awards and multiple onscreen appearances. He is also equally active on his social networking sites like Instagram and Twitter.

At present, he has 5.5 million followers on Instagram and 3.04 million on Twitter. Allocating information from several sources, as of 2018, his net worth is estimated at around $18 million.