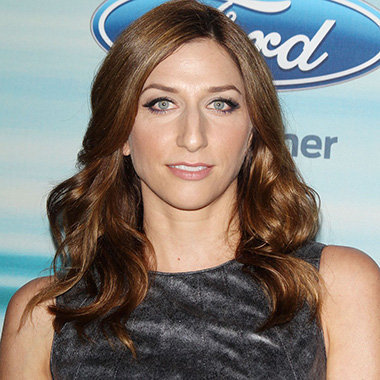 Chelsea Vanessa Peretti, often known as Chelsea Peretti only, is a stand-up comedian, actress, and writer who is best known for the role of Gina Linetti on Brookly Nine-Nine.

Born on February 20, 1978, Chelsea Peretti has been able to show her strong presence in Hollywood as a stand-up comedian and actress. She has also introduced herself as a writer. Peretti was born in Oakland, California, United States as a daughter to Italian American father and a Jewish mother. She was raised in Oakland and completed her high school education from one of the well-known school of Oakland The College Preparatory School. To continue her study further she moved to New York where she attended Barnard College in 1996 and graduated in 2000. In her elementary school, Brooklyn Nine-Nine co-star Andy Samberg was her classmate and Moshe Kasher was her classmate in junior high school.

After graduating, she started to move her pen and started to write for various online publications like The Huffington Post. She also contributed for The Village Voice, Playgirl, Details and American Theater Magazine. Her writing style has been widely appreciated. After writing for several magazines and publication she got to know more about the Hollywood and decided to pursue her career in Hollywood. At the same time, she started to work for the short movie with her team Variety SHAC in New York. Variety SHAC was a comedy group created in 2004 including Andrea Rosen, Heather Lawless, and Shonali Bhowmik. After having some experience in the short movie, she moved to Los Angeles and started to appear on various programs. She made her appearance on The Sarah Silverman Program, TruTV Presents: World’s Dumbest and Tosh.0. After appearing on various shows she came in the limelight and slowly started to become a public figure. In one of an episode of Lopez Tonight, she appeared as the guest correspondent and she was seen interviewing citizens about Prop 8. In July 2010, she contributed to Variety magazine’s while creating “Ten Comics to Watch in 2010 list.” She also presented her writing skills on the various television shows. She was a writer of six episodes of the television show Parks and Recreation in between 2011 and 2012. She also made her appearance on The Big Fat Quiz of Everything, the UK’s Channel 4 show. Peretti has also contributed to numerous video series including: How Did This Get Made?, The Todd Glass Show and The Lavender Hour. Similarly, she has also made guest appearances on podcasts such as The Bone Zone with Randy Liedtke and Brendon Wals, Dough LovesMovies. After gaining experience from her appearance in numerous podcasts, she started her own call-in podcasts namedCall, Chelsea Peretti. In Comedy Central series Kroll Show, she appeared as guest artist in a role of Farely, a love interest of Bobby Bottleservice. Her most prominent role has been the role of Gina Linetti in a Fox detective comedy Brooklyn Nine-Nine where she has been appearing regularly.

Digging her personal life, she has been in long term relationship with Jordan Peele, who is also an actor by profession. The couple has been dating since 2013 and they took their relationship to next level becoming engaged in November 2005. The couple seems happy together now and there is no any such report on the couple getting a divorce. Till date, the couple has not planned about the baby. Describing her outer appearance, she is and average looking women with a height of 5’6’’ and she has got very attractive eyes. Peretti seems health conscious and she has been able to maintain her body physique well. She is an active user of social networking sites such as facebook, Instagram and twitter and her twitter account was listed in “The 75 Best Twitter Accounts of 2014”  Throughout her career she has made net worth of $500 thousand.