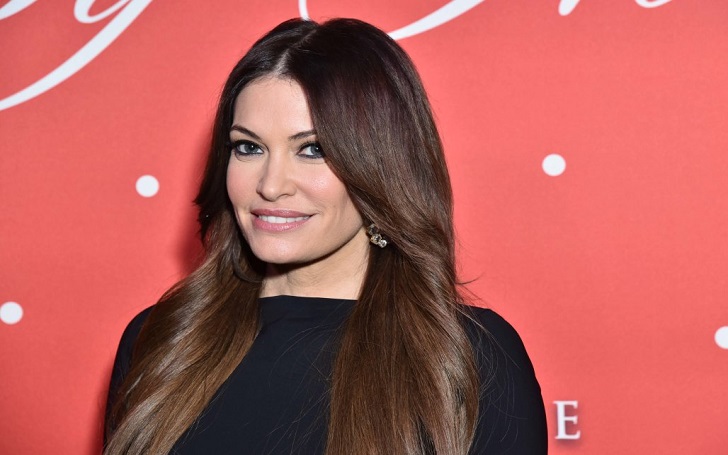 Twice married, Kimberly Guilfoyle is the Fox news anchor and legal analyst. She is a former prosecutor and was once the First Lady of San Francisco. She is one of the co-hosts of The Five on Fox News.

We know that she is famous and a very renowned personality but some of you may not know more about her. So today let’s just talk about the five things that you should know about Kimberly.

Currently, Kimberly is known as news personality but in her past, she worked as a model. Yes, a model. In order to support herself to attend the law school, she worked as a model. Most of the girls dreamed to be a Victoria Secret model but she left it to chase her dream of becoming a news reporter. Turns out, the decision was worth taking.

But she is proud to work for Victoria Secret. She said:

“I met an incredible number of interesting people through modeling and really learned a lot about self-confidence and self-worth.”

Kimberly married husband, Gavin Newsom in 2001. When she married Gavin Newsom, she was addressed as Kimberly Guilfoyle Newsom. After 4 years of their marriage, Kimberly filed a divorce because of the bi-coastal marriage. The divorce was finalized in on 28th February 2006.

In the same year, Kimberly married her second husband, Eric Villency who is the CEO of Villency Design Group. The couple is blessed with a baby boy-Ronan Anthony Villency. But after three years of their marriage, they were separated without any disclosure of the reason.

But at present, she lives in New York City with her son Ronan Anthony Villency.

“The Five” is adored by Howard Stern so much. He never gets tired of talking about Kimberly and her team on his show.

[ CAPTION: Kimberly Guilfoyle with her co-host on ‘The Five’ ][ SOURCE: Howard Stern ]

Kimberly loves to watch sports but she plays them even more. She said:

“My very first team was an all-boys soccer team. At the time, I really wanted to play soccer, but there was no girls’ team at my school.”

She even played on an all-boys soccer team. She is an avid sports lover. Let’s watch this video:

Youtube: 5 Things You Need to Know about Kimberly Guilfoyle;

Kimberly’s net worth is estimated to be around $5 million. According to the Fox PR:

“her signature fashion statement is a good heel and (she) has even attracted her own Twitter alias for her long legs and high heeled shoes.”

So, these were some facts about Kimberly Guilfoyle. We hope that you enjoyed reading this.

For more information be with us Dodoodad.com.