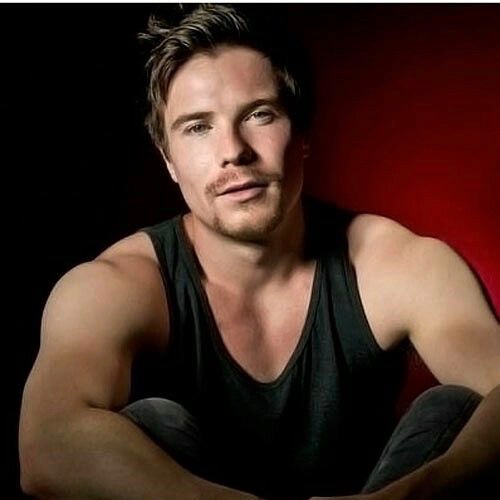 Better known as an actor of the E4 teen comedy-drama series, Skins and HBO fantasy television series, Game of Thornes is none other than English Actor, Joe Dempsie. Prior to that, he was a leading character of the medical drama Peak Practice, Doctors, and Sweet Medicine.

Joseph Maxwell Dempsie was born on June 22, 1987, in Liverpool, Merseyside, England but grew up in West Bridgford. In that respect, he completed his primary education from West Bridgford School and went to the Central Junior Television Workshop to receive an acting training.

Instagram: Game of Thrones actor, Joe Dempsie during his childhood;

Handsome and talented, Joe first made an on-screen debut in the television series named, Peak Practice in 2000 as a role of Leon. Two years later, he then made his film debut appearing a role of Craig in Heartlands. His role came to highlight after appearing a comedy drama series, Skins in 2007. There he played the character, Cline as a soldier who watches his comrades die.

After that, Joe appeared in several movies such as One for the road, The Damned United, Edge, Monsters: Dark Continent and television series, The Fades, Moving on, Accused, Southcliffe, New Worlds and so on. Besides that, he also made an appearance in the BBC radio shows and also did a voice over work.

Currently, he is busy working on the series Game of Thrones. There he has performed his role with several popular actors such as Kit Harington, Sophie Turner, Maisie Williams, Emilia Clarke, Alfie Allen, Peter Dinklage and many others. More recently, Joe has also done voice over for the multiplayer online game, Final Fantasy XIV.

Joe is a huge fan of Nottingham Forest Football Club. He often attends Nottingham home and away matches wearing its jersey. In the same way, he has been the Voice of the Clearasil advertisement in the UK.

While talking about the personal life of aged 30 British actor Joe, he has kept it, tight guard. He has been spotted many times with several women in different events hanging out but till the date, there is no such confirmation that who is he really dating. However, once there was a gay rumor spread in the air about him but later he stated it as a false.

It’s hard to believe that a handsome guy like Joe is not in a relationship. So it is possible that he is romancing with his girlfriend personally, away from the limelight. It may be he does not like to appear in the news with his personal matters.

Multi-personality Joe has made an appearance in the several television series and movies till the date. Likewise, he has done many voice overs and has appeared on several radio shows. From there, Joe has collected a decent of money which has helped him to increase his net worth. As of 2017, his net worth is estimated at around $1 million.