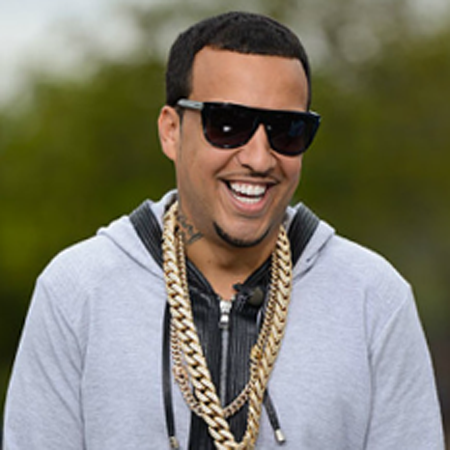 French Montanna was born as Karim Kharbouch on 9th November 1984 in Rabat, Morocco. He was born to father, Abdela Kharbouch, and mother, Khadija Guled and grew up along with his siblings Zack and Ayoub.

Montanna attended the Bronx high schools of Lehman and Roosevelt and completed his graduation. At the age of 13, he along with his mother left Morocco whereas his father and younger brother moved towards New York City. French grew up in a poor family and his mother was dependent on welfare.

French debut his mixtape in 2007 and studio album Excuse My French on 21st May 2013. His album was featured by several prestigious rappers including Diddy Drake, Lil Wayne, Rick Ross, Snoop Dogg, etc. The album sold over 56,000 copies in first three years and 177,000 copies within three years. His sophomore studio album, Jungle Rules, peaked at number three on the Billboard 200.

Despite music career, French Montana featured in several movies and tv series. He appeared in the movie such as The Perfect Match and Respect the Shooter. He also cast in different tv series which includes Empire in 2016, Wild ‘N Out in 2015, Ridiculousness in 2014, Keeping Up With Seth Meyers in 2014, and much more.

French Montana earned wide recognition as well as several prestigious awards. He won Pop That Award for Best Club Banger in 2013, All the Way Up award for Best Collabo, Duo or Group Award, and a nomination for several others.

Montana won the heart of millions of people but only a few were able to win his heart. He married his long-term girlfriend, Deen Kharbouch in 2007 and welcome their first child, Kruz Kharbouch.

After five years of marital relationship, the couple separated in 2012 and finalized their divorce in 2014, with $2 million settlement.

Currently, he is dating Rosa Acosta. The couple is spotted in several places together and seems to be happy together.

In 2003, French Montana was shot in his head. The incident took place when he was leaving a recording studio in New York. He was lucky and survived after spending several weeks in hospital treatment. As per French, he states that it was done by someone who is close to him and his circle.

French charges $18 thousand for a feature and $40,000 for a night. He purchases $3.3 million Hollywood mansion from Selena Gomez and $1 million mansions in New Jersey. He has a Ferrari Maserati, a Range Rover, and several other luxury cars.

Allocating information from several sources as of 2018, it is found out that his current estimated net worth is around $8 million.