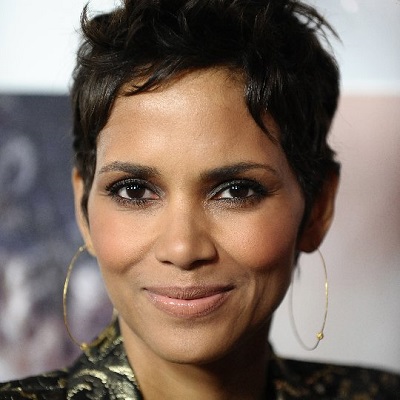 An American actress, Halle Berry is the only black women of 2017 to win a Best Actress Academy Award. Berry is best known for her outstanding roles in the movies X-Men series, The Flintstones (1994), Introducing Dorothy Dandridge (1999) etc. through which she earned different prestigious awards.

Halle Berry is married three times. Firstly, she tied the knot with David Justice in 1993, then with Eric Benet in 2001, and Olivier Martinez in 2013. She welcomed two children from her marriages.

Maria Halle Berry was born on 14th August 1966, in Ohio, the United States to Judith Ann Hawkins and Jerome Jesse Berry. Berry grew up along with her sibling sisters Heidi Berry and Renee Berry.

Berry’s father was an African-American hospital attendant and later worked as a driver. Well, her mother also worked in the psychiatric ward of the same hospital. At the age of four, her parents got a divorce so her mother raised Berry and her older sister.

Likewise, Berry attended Cuyahoga Community College for her higher degree. During her college days, she participated in different beauty contests. Well, in 1985, she won the Miss Teen All American and Miss Ohio USA in 1986. Furthermore, Berry also became the first African-American Miss World entrant in 1986.

As being interested in modeling, Halle Berry decided to enhance her career towards acting. However, in 1989, she moved to 1989 New York City in order to pursue her acting career. But in the starting phase, she faced financial problems so she failed to continue her acting career.

Later, in 1989, for the first time, Berry appeared on short-lived ABC television series Living Dolls, as a role of model Emily Franklin. Later she moved to Los Angeles and appeared on the serial Knots Landing.

Be the mother you want your kids to remember! #FightlikeaMother #KidnapMovie in theaters August 4th pic.twitter.com/Z3PgMJdc4D

In 1991, for the first time, Berry gave a small role on the movie Jungle Fever. Furthermore, in the same year, she also acted in the movie Strictly Business. Coming to 1992, she came to the public attention after her outstanding role in the TV adaptation of Queen: The Story of an American Family.

Berry further appeared in movies Losing Isaiah in 1995. However, in 1998, the public praised her acting, for her best role in the movie, Bulworth.

In 2000 she garnered high-profile roles in the X-Men movie series along with Hugh Jackman, Patrick Stewart, Stan Lee, Anna Paquin, Ian McKellen, and others. Well, it helped her to be recognized all over the world.

Besides this, Halle Berry was also listed in the highest paid actress in Hollywood of 2000. Well, she is also famous for her outstanding roles in other movies like Gothika, Die Another Day etc. However, in 2005, Berry received Razzie Award as a Worst Actress for the movie Catwoman.

But her next movie Their Eyes Were Watching God helped her to be nominated for the Primetime Emmy Award. Furthermore, Berry also got nominated for Golden Globe Award for Best Actress. Well, her new movie Kingsman: The Golden Circle will be released in 2017.

Halle Berry has achieved a great success in her acting career and is able to feature herself as one of the renowned Hollywood actresses. But she has failed to have a blissful personal life. Berry stayed in a relationship with her boyfriend, John Ronan from March 1989 to October 1991.

On 24th January 2001, Berry married a singer-songwriter, Eric Benet but they failed to continue their relationship and got separated in 2003. However, their divorce was finalized on 3rd January 2005.

In the following year, she started dating another boyfriend, Gabriel Aubry to whom she met at a Versace photoshoot. They welcomed their daughter Nahla Ariela Aubry in March 2008.

But Berry again failed to continue her relationship with Aubry so they separated on 30th April 2010. Despite her past failed relationships, it didn’t stop her from falling in love with other artists.

Well, Berry tied a knot with Martinez on 13th July 2013. They welcomed their son Maceo Robert Martinez in October 2013.

But in 2015, they announced their separation. However, they officially got divorced in December 2016. Halle Berry might be single currently.

Moreover, Halle also earned a decent amount of money from several fashion lines and brands as an endorsement. Additionally, She is one of the highest paid as well as praised actresses. Allocating information from several sources as of 2018, it is found out that Halle Berry’s current estimated net worth is around $70 million.