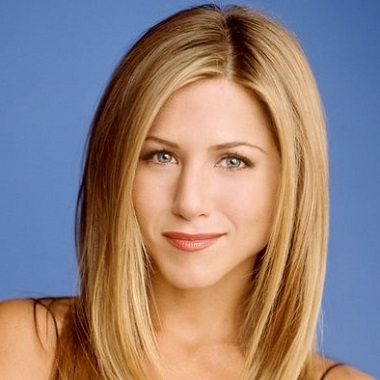 A Golden Globe Award Winner, Jennifer Aniston is best known as Rachel Green from the series Friends. She is also identified as one of the 100 greatest female characters in United States television.

In 2016, she got entitled as most beautiful women by People magazine.

Jennifer Joanna Aniston was born on 11th February 1969, in Sherman Oaks, California, United, States. She is a daughter of actor, John Aniston, and actress, Nancy Dow. Until she was nine years old, she was raised in Greece with her family . Later, Her parents got divorced and she moved to New York along with her mother.

Jennifer developed her passion for acting since her childhood. She started acting at the age 11 at Rudolf Steiner School’s drama club. Moreover, she was a drama student at New York’s School of Performing Arts. She completed her graduation from Manhattan’s Fiorello H.LaGuardia High School of Music and Art and Performing Arts.

Jennifer Aniston started her early career from For Dear Life and Dancing on Checker‘s Grave. Prior to this, she also worked as telemarketer, waitress and bike messenger.

Aniston began her professional career from The Howard Stern Show as Spokesmodel in 1989. Then after, she appeared in the series Molloy in 1990 which led her to appear in more television roles.

Her popularity rose to the highest level after she appeared as Rachel Green in the comedy series Friends. Friends is an American television Sitcom which aired from 1994 to 2004. It is longest-running television sitcom. Aniston starred in the series along with co-stars Courteney Cox, Lisa Kudrow, Matt LeBlanc, Matthew Perry and David Schwimmer.

Aniston received Emmy Award and Golden Globe Award in 2002 and 2003 respectively for the same series.

Aniston started working in films since 1996. Likewise, she appeared in independent films like She is the one and Dream for the Insomniac. In 2002, she was acclaimed for the movie The Good Girl as an unglamorous cashier.

Then, she appeared in the comedy movie from which led her to get more movies role. Some of the successful movie played by Aniston is Along Came Polly, Derailed, Rumor Has It and Friends with Money.

Aniston is always in the spotlight when it’s come to her personal life. Unlike her career, her personal life is a mess and she has faced a lot of ups and downs. During her early career, she was in a relationship with her boyfriend, Charlie Schlatter. But, their affair didn’t last long.

Again in 1990, she fell in love with her boyfriend Daniel McDonald. They became girlfriend and boyfriend for four years. The couple separated in 1994.

Similarly, Aniston also dated her boyfriend, John Stewart but had break-up within one year. She was also linked with a personality like  Adam Duritz, Vince Vaughn, John Mayer and Gerard Butler.

Aniston was dragged into controversy after she was linked with fellow actor Tate Donovan. They were spotted together publicly several times. The duo got engaged in 1997 but soon after their engagement, the duo move on quickly.

After having the wind up with Tate, she started dating actor Brad Pitt which hit the gossip market of Hollywood Industry. Brad made a guest appearance in Friends.

After dating boyfriend Brad Pitt for two years, the couple got married on 29th July 2000, in a Malibu wedding. It was one of the expensive weddings of Hollywood consisting expenditure of $ 1 million. Brad Pitt himself designed the wedding ring for his wife Jennifer Aniston.

They were fairy tale couple of the Entertainment Industry until five years of their marriage. On 7th January 2005, husband and wife announced their separation. Finally, On 2nd October 2005, the couple got divorced.

When you find out your cheating ex is getting divorced. #Brangelina pic.twitter.com/mOkTxPTn0v

According to the source, the bride and groom separated because of an extramarital affair of Pitt with Mr & Mrs.Smith co-star Angelina Jolie. As well as, Aniston’s refusal to give birth to a baby was another prediction of their unsuccessful marriage. However, both haven’t disclosed any factual information about their divorce matters.

After Brad Pitt, she stays single for many years and focused on her career only. Later, she married her boyfriend Justin Theroux. Justin Theroux is an actor, director, and screenwriter. However, the couple married after four years of relationship on 5th August 2015, at Bel-Air estate.

As a successful television and film actress, Jennifer earns an attractive salary from her profession. She is one of the famous comedic actresses in Hollywood. Aniston earned $ 1 million per episode from long-running sitcom Friends during the final season of the show which makes her one of the highest-paid Tv actresses of all time.

She belongs to the prestigious family background. Furthermore, she has also appeared in many blockbuster movies from which she definitely earns good wealth. As a result of 2017 net worth estimation, her net worth is $ 200 million.