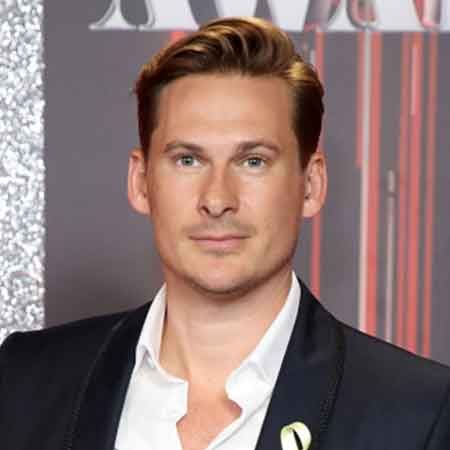 Lee Ryan is an  English singer-songwriter and actor better known for being the member of the British boy band Blue. Ryan is currently in a relationship with Kazakhstani model and actress Diora Romanova.

Lee Ryan was born on 17th June 1983, in Chatham, United Kingdom. His parents are father John Broad and mother Sheila Ryan. At the age of six, his parents separated and he was raised by his mother. Ryan grew up along with his sister Gemma Ryan.

Lee Ryan has released his self-titled album. His popular singles include “Army of Lovers”, “Turn Your Car Around”, “I Am Who I Am / Secret Love”, etc. In 2000, Ryan made his acting debut through the series Holby City.

Likewise, Ryan further appeared in television shows such as Hell’s Kitchen and Most Haunted. From 2017-2018, Ryan starred as Harry “Woody” Woodward in EastEnders along with Shane Richie and Kellie Bright.

Lee Ryan is currently in a relationship with Kazakhstani model and actress Diora Romanova. Ryan began dating his girlfriend Diora in 2018. Ryan met Diora during band’s performance at the My House festival in Almaty, Kazakhstan.

Since then the couple is happily enjoying their love life. Although the couple is dating, they make a few public appearances together. Furthermore, none of them have shared any photo of each other on their respective social accounts too.

Well, Ryan was previously engaged to Liz McClarnon in 2003. But the couple failed to continue their relationship and called off their engagement just after a year in 2004. Likewise, Ryan further dated Sammi Millar from 2008 to 2012. The couple has a son Rayn Ryan born in 2008.

Furthermore, Ryan has a daughter Bluebell Ryan from his relationship with Jessica Keevil. Besides this, yan has further dated several other girls including Jasmine Waltz and Stephanie Saunders. Moreover, he also dated Vanessa Perroncel and Emily Oldfield. Including all, Ryan has been in a total of 15 relationships.

Ryan earns a fortunate amount of money from his singing and acting career. Ryan has released several songs and albums through which he receives a good sum of money.

Moreover, Ryan has further starred in several movies and television series. He has maintained a lavish and standard life. Additionally, Lee also receives a decent amount of money from several fashion lines, brands and other different venture as an endorsement. Allocating information from several sources as of 2018 it is found out that Lee Ryan current estimated net worth is around a million dollar.