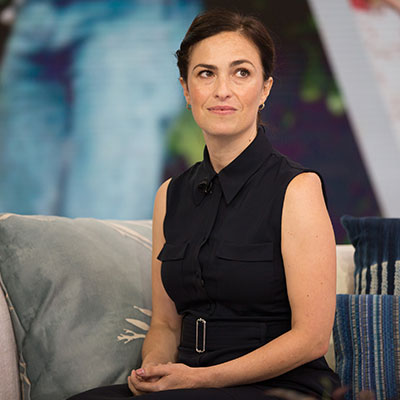 Lisa Brennan-Jobs is a journalist and magazine writer. Besides, she has been featured in few biographies and movies as well. She is a daughter of Apple co-founder Steve Jobs and Chrisann Brennan.

Lisa has well managed to keep her personal life confined within herself and between her family and friend. Though she keeps her personal life secret she can’t take it far away from social media, she is surely in a secret relationship with her boyfriend.

Born on 17th May 1978, Lisa Nicole Brennan-Jobs aka Lisa Brennan-Jobs is a daughter of Steve Jobs and Chrisann Brennan. Her father is a co-founder of Apple company whereas her mother is an American painter and writer who wrote the autobiography, The Bite in the Apple.

There is a little bit twist between Lisa’s parents love story: as the things go like this- her father and mother were in a relationship after their first visit at Homestead High School, in 1972. It was the time when Steve was in the process of founding Apple Inc., in 1977 and used to stay with his friend, Daniel Kottke in Cupertino.

During the process, Chrisann Brennan was pregnant with her daughter, Lisa, although Steve didn’t bear the responsibility for her pregnancy and leaves their house for work in One farm community, Portland, Oregon.

Three days after the baby delivered, Steve showed up and along with the farm owner, Robert Friedl and named the baby as Lisa. Later, Steve also named his computer project with the name, the Apple Lisa in the name of her daughter.

This story didn’t really end like this, as Steve denied that Lisa is her daughter and the couple went through the legal procedure and made him pay $385 per month. It is said that Brennan herself took care of Lisa during the period by cleaning houses.

Soon, Lisa began to live with her father with her mother and did her schooling from Nueva School. She did her higher education at the Harvard University, in 1996. Also, she went overseas at the King’s College London nearly for a year.

She has a half-siblings Erin, Eve and Reed from her stepmother, Laurene Powell Jobs.

She also got an opportunity to work with famous magazines like The Harvard Advocate, Spiked, The Southwest Review, The Massachusetts Review and O, The Oprah Magazine. After experiencing different things she began working as a freelance writer and run her own blog.

Besides this, she has been featured in several autobiographies of her father, including Walter Isaacson written biography Steve Jobs(book), Mona Simpson’s novel A Regular Guy, and three of the biopic movie, Pirates of Silicon Valley in 1999, Jobs in 2013 and Steve Jobs in 2015.

Lisa Brennan-Jobs is still unmarried and hasn’t revealed her relationship status. She is already 39-years-old and probably dating her boyfriend secretly. Who knows, she might be in a marital relationship with her spouse.

Looks like, she doesn’t want to share her love affair, relationship and rumor in social media which makes her a secretive person.

Maybe this is because of her busy schedule in building her career and she might not have time for her beloved which makes her marital relationship single.

Lisa is an independent, talented and self-motivated lady who makes a decent amount of money through her profession. Allocating information from several sources as of 2018, it is found out that Lisa Brennan-Jobs current estimated net worth around $10 million dollars.

Currently, she lives a luxurious lifestyle with her mother in the bungalow situated in Palo Alto, California which current price value is $9.3 million. The bungalow stands in 5,768 sq.ft., which was built in 1920. It has got 7 bedrooms, garden, and home office.